The building offers many new upgrades to their former location.

One of the newest and most used features is the drive through area. At their old complex to pay a bill or ask a question, the customers had to walk inside the building. The drive-through now allows customers to do a quick drop-off through the window.

The next stop on the tour with CEO Greg Goetz and Communications Specialist Robyn Turney led to a specially built area inside the building. The whole building is Styrofoam blocks filled with concrete, but the area that houses the customer service, dispatch, vault and server room. AEC has the ability to lock down in case of a tornado.

AEC’s new building complex has a live digital outage map that is 16’ x 9’. This wall was three years in the making and is state of the art. The “War Room,” as it has been nicknamed, is in the dispatch center. The outage map has two main benefits. First, it gives an overall view of the health of the system. It shows outages or problems in the system in real time – as it happens.

If a member reports an outage on AEC’s SmartHub app, it will show up on the map immediately. Second, being able to see the outages allows better dispatch. Crews can get to the problem area much faster and restore power to the members. The wall also displays the GPS location of the trucks. This feature helps determine which trucks/crews are dispatched to the area. The digital map is an amazing addition to the dispatch center.

AEC used to utilize a “green wall” at their old location. It was a massive green pegboard that contains the mapped AEC service territory, which includes areas in five Oklahoma counties and two Kansas counties.

The green wall is still located in the linemen’s lounge of the old AEC building.

The next stop was the server room that in the old office was jammed into a closet. At the new location, it has room for them to spread them out.

“The technology capabilities out here are just so much better than we had,” Goetz said.

Next were some of the offices that house employees and then the wing that contains the public relations and engineering offices.

There is also a meter room that has a testing board built in that allows for testing and programming of the meters.

The next stop was the board room that features a way to do presentations and have meetings.

There is also a smaller conference room that also features a television if somebody comes in to do a program or presentation.

The lineman lounge was the next stop and it offers a place for all the employees to be able to attend safety meetings and a place for the lineman to gather in the mornings.

The truck barn is connected to the building, offering a place for a crew to have their own bay and includes a digger, bucket and a pickup.

The old barn was an 80′ x 80′ building and with the trucks getting bigger, they weren’t able to store them all together. Some were at AEC Services and some were at their pole yard.

The floor is heated in the new truck barn.

Right off the lineman’s lounge is the kitchen that is utilized during meetings and safety meetings to prepare meals.

An addition to the building was a workout area for staff.

The remaining hallway contains more offices for the staff.

There will be two electric car chargers installed as they arrive on the front side of the building. There will be level two and level three chargers.

Several portions of the building construction were done by local companies as well as many of the resources bought locally.

The plan was to do an open house at the new building, but due to COVID-19, those plans have been put on hold.

The old office east side was built in 1966 and then there were two other buildings on the west side that were 80-90 years old.

The cost of the new building was $4.8 million with no financing needed to fund the project.

Since 1937, Alfalfa Electric Cooperative, Inc. has been dedicated to providing members in southern Kansas and north Central Oklahoma with the best electrical service at the lowest possible price.

A non-profit distribution cooperative, AEC is owned and controlled by the members. AEC continues to be committed to enhancing the quality of life of their member-owners in Alfalfa, Grant, Garfield, Major and Woods counties in Oklahoma and Barber and Harper counties in Kansas. Their headquarters are located in Cherokee. 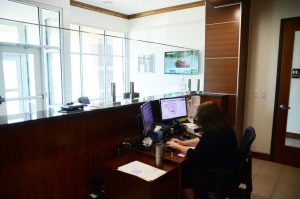 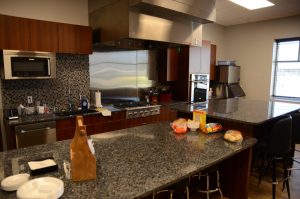 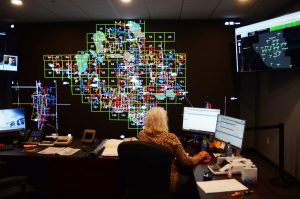