George Hoggard was born to Jim Allen Hoggard and Thelma M. Hoggard on September 7, 1945 and passed away to be with his Lord Jesus Christ on October 26, 2020. George lived in Williamston, North Carolina until about two years old.

They then moved to Windsor, North Carolina. He grew up most of his life there. He went to Windsor Elementary School and High School until his last two years at Bertie High School, where he graduated in 1965.

He worked at the Town House Restaurant as a short order cook. He was then drafted into the U.S. Army and served from 1966 to 1968, when he was honorably discharged at Fort Irwin, California. While he was stationed there, he met his future wife, Deborah Ream and became engaged. He then moved to Cherokee, and one year later, he and Deborah were married.

Those who preceded him in death include his wife, Debbie; his parents, Jim and Thelma Hoggard; siblings, Richard A. Hoggard, William Hoggard and Stella Rogerson.

Memorials may be given to George Hoggard Memorial Fund at ACB Bank.

George was a kind man who never met a stranger. He was a God fearing man who loved the Lord and his family with all of his heart. 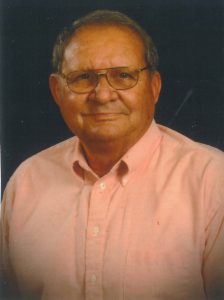