Mona was born on November 9, 1925 in Denver, Colorado to E. G. Phillips and Julia Pearl Atkinson Phillips and passed from this life on Thursday, November 5, 2020 at the Garland Road Nursing Center in Enid.

She attended a multitude of schools until her sophomore year in high school when she moved to Mosquero, New Mexico and attended and graduated from Mosquero High School. After graduation, Mona was married to Richard Culbertson. After their divorce, Mona gave birth to her first son, Ervin.  On December 22, 1945 she was married to Jay S. Dickens at Mosquero and they established their permanent home in Clayton, New Mexico. Jay brought his first two children, Jerry and Sandra to the marriage. Sherman and Cyndi were added to their union.

They lived in Raton and Albuquerque, New Mexico and Salmon, Idaho before retiring and moving back to Clayton. In 1989 they moved to Cherokee.

Mona was a member of the First United Methodist Church in Clayton. She was a member of the Order of Eastern Star and spent many years working as a Cub Scout Den Mother and a Girl Scout Leader. She and Jay enjoyed going dancing and camping with their family.

In her Cherokee years, Mona attended the Tuesday Morning Bible Study group of the First Christian Church. Her favorite pastimes were needlework, crossword puzzles, reading, coffee with neighbors and enjoying her cats.

She is preceded in death by her husband, Jay; son, Jerry; grandsons, David and Marvin; her brothers, Art Kersh and Charles Kersh and her parents.

Memorials may be made through the funeral home to St. Labre Indian School or the First United Methodist Church of Clayton, New Mexico. 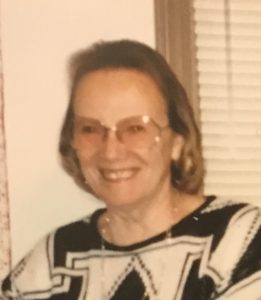