Dozens gathered Friday morning at the Alfalfa County Courthouse to celebrate the 100th year anniversary of the courthouse being built.

The Alfalfa County Elected Officers welcomed the group to the celebration and then Senator Roland Pederson and Representative Carl Newton spoke to the crowd.

When the cornerstone on the building possibly was being taken out, the time capsule was found with the following items in it:

• Bible presented by the Corinthian Lodge #307.

New items will be placed in a time capsule and placed back in the spot where the old time capsule was removed.

The State Masonic Lodge performed a ceremony rededicating the cornerstone.

Guests were treated to light refreshments. 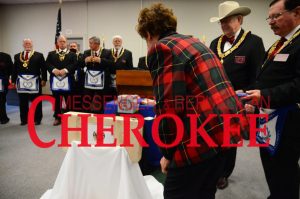 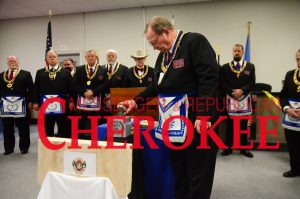 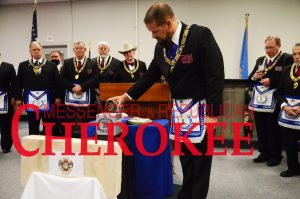 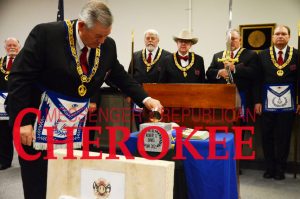 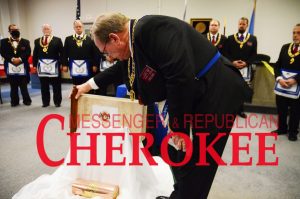 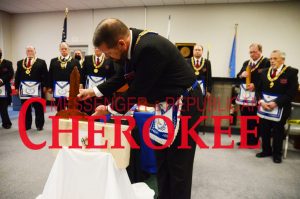 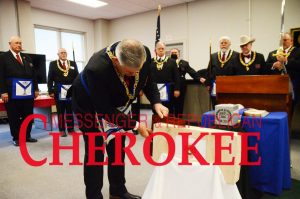 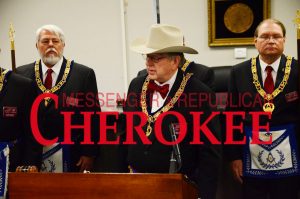 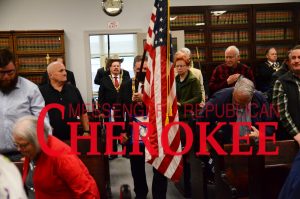 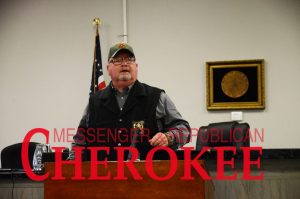 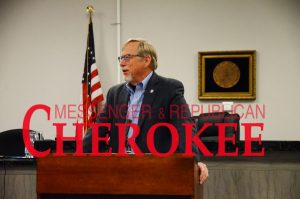 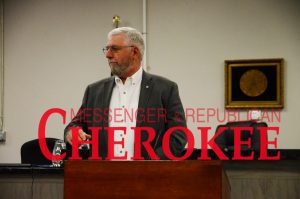 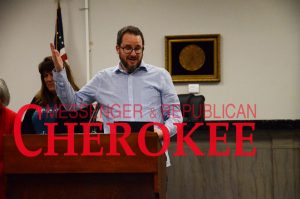 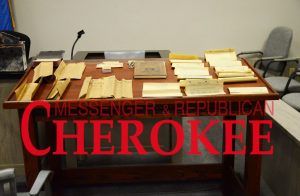