The first item of business was administering the oath of office to newly elected Mayor Kolby Arnold.

Next, City Treasurer Melissa Colvin was administered the oath of office for treasurer.

City Manager Mike Jones gave his recommendation for appointment of commissioners for Ward 1 and 3. Miller and David Collins chose not to rerun and nobody filed for the seat.

Jones recommended Chris Padilla for Ward 1 and Luke Hague for Ward 3. The council approved the recommendations and they were administered the oath of office.

The Cherokee Development Authority and City of Cherokee met at 6 p.m., April 28.

The minutes from March 10 and April 14 (with corrections to the April 14 meeting) and claims lists were approved first.

The citizen will have to have a signature by the city manager or mayor or by two council members and then the item will be placed on the agenda.

Collins made a motion to table the item until the new council was put in place and Miller seconded. Collins and Miller voted yes and Wessels, Hickman and Hawkins voted no.

• During the cold weather the meter on well 10 quit. It was taken apart for repairs and still didn’t work so the city had to purchase a new one.

• A fuse was blown at the lagoon and the backup generator kicked on like it was supposed to.

• The city had a planned outage of water to make some repairs to three spots.

• The city has a mobile application that has multiple uses and has push notifications.

• A weevil roundup will be May 12 and the crews will go to catch up and set them free at the lagoons to battle musk thistle at the sewer lagoons.

• Trash pump at the lagoon is out of service. A few years ago a refurbished pump was bought and in service. The city is going to have to replace the one that went down.

• Jones worked with OWRB to help the city restructure the pay system on how the city charges for utilities. They will do a leak detection and map water and sewer lines.

The manager’s report was approved.

After hearing no new business, the meeting adjourned.

The City of Cherokee meeting was called to order.

Miller and Collins were recognized for their years of service to the city as council members.

The council approved the certification of the April 6, 2021, Election results and documents to be submitted to the office of the honorable Governor J. Kevin Stitt.

The three proclamations that make changes to the charter have to be sent to the governor’s office.

• Bids are being put out for fencing at the airport with use of a grant.

• Aerial spraying company is looking into moving their operations to the Cherokee airport.

• Cold mix was delivered. The load cost $3,000. The crews have fixed spots that needed it.

• A special meeting will be on May 3 to appoint two new council members and swear in mayor-elect Kolby Arnold.

• Appreciation reception for Mayor Hawkins on May 3.

• Received the 30 percent plans for the safe routes to school. The estimates came in over budget. The new cost is higher due to material costs.

The 100 percent plans will come in October and then it will go out on bids.

• Hometown Dispensary wants to do street carnival. They are having a company come. They are blocking half a block on Main Street. The proceeds will go to help fight cancer. It is set for May 22-23.

The manager’s report was approved.

After hearing no new business, the meeting adjourned. 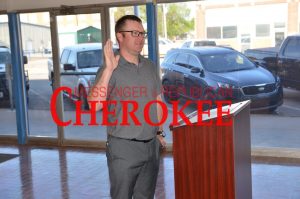 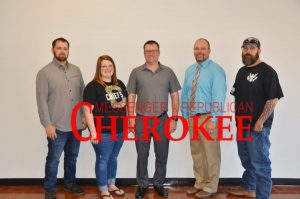 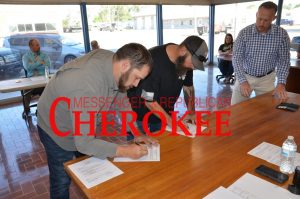 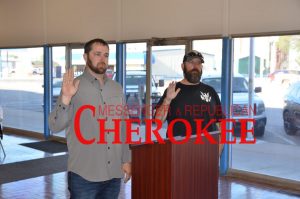 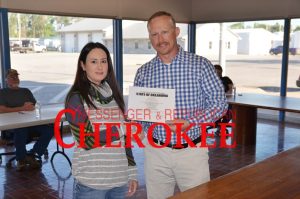 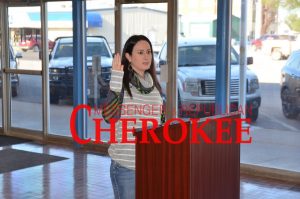 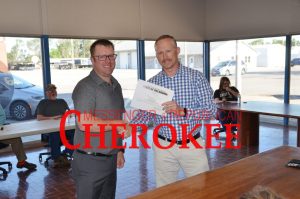 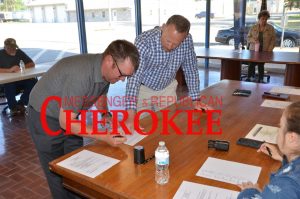