A mom defining magnificent to best describe her daughter was the winning entry in this year’s Magnificent Mom contest.

First place and $50 goes to Diane Highfill. She was nominated by her mother, Gayle Dorton.

Following is the winning letter:

The meaning of the word magnificent is varied so I have chosen the ones that best describe our daughter, Diane Highfill.

She is a marvelous person, impressive, first rate and an amazingly good person, mother, wife, daughter, nana and teacher.

She can do just about anything. Ask her to be in charge of something and she will and it will be done with great results, she’s a whiz at interior decorating, (give her a paint brush and she works miracles), she can cook, bake, decorate, sew and crochet. She loves working in her yard and it shows.

Her three daughters are grown but she nurtured them for many years and, as all Mother’s do, will continue the rest of her life. But now she can enjoy her three grandsons, Jack, Walker and Clay, when they come to visit from Alaska.

But her nurturing years are not over as she drives to Kremlin-Hillsdale Schools every day to teach special education, still nurturing.

She is a wonderful daughter and friend. She is always concerned about us and checks on us often. She helps us with whatever and whenever we need it. She is a very warm, generous and giving person.

We love her very much and are very proud of her. We would like very much to see her recognized as the Magnificent Mom, she deserves it.

Mother’s Day is a holiday honoring motherhood that is observed in different forms throughout the world. In the United States, Mother’s Day 2020 occurred on Sunday, May 10. The American incarnation of Mother’s Day was created by Anna Jarvis in 1908 and became an official U.S. holiday in 1914. Jarvis would later denounce the holiday’s commercialization and spent the latter part of her life trying to remove it from the calendar. While dates and celebrations vary, Mother’s Day traditionally involves presenting moms with flowers, cards and other gifts.

Celebrations of mothers and motherhood can be traced back to the ancient Greeks and Romans, who held festivals in honor of the mother goddesses Rhea and Cybele, but the clearest modern precedent for Mother’s Day is the early Christian festival known as “Mothering Sunday.”

Once a major tradition in the United Kingdom and parts of Europe, this celebration fell on the fourth Sunday in Lent and was originally seen as a time when the faithful would return to their “mother church”—the main church in the vicinity of their home—for a special service.

Over time the Mothering Sunday tradition shifted into a more secular holiday, and children would present their mothers with flowers and other tokens of appreciation. This custom eventually faded in popularity before merging with the American Mother’s Day in the 1930s and 1940s. 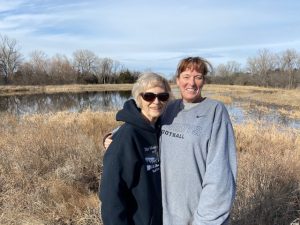