Mr. and Mrs. Gary Booze will celebrate their 60th wedding anniversary on May 28, 2021. Gary Booze and Doris Cook were married May 28, 1961, at the Aline First Christian Church.

They lived in Cherokee several years before moving to rural Aline where Gary served as a rural area lineman for Alfalfa Electric Cooperative for 37 years before retiring in 2001. 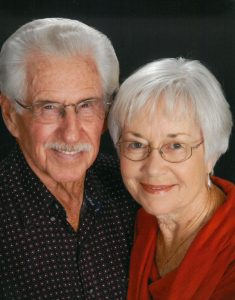