Cherokee’s Annual Memorial Day Service will be held at the Cherokee Municipal Cemetery at 10 a.m., Monday, May 31.

The ceremony will take place at the Veterans Monument on the east side of the cemetery. Directions to get to the cemetery: turn east at the Cherokee Post Office, traveling 1 ¼ miles and the cemetery is located on the north side of the road.

During the ceremony, the local chapter of the American Legion will be presenting the wreath, City Employee Mike Cloyd will be playing “Taps” and Charity Lyon will be singing the National Anthem.

This year, Master Sergeant (Retired) Peter Stein will be our guest speaker. Stein is a 1996 graduate of Cherokee High School.

He managed medical education for 355 providers and technicians as well as CPR and basic lifesaver courses for 6,500 base personnel. He was also the functional manager for Bioenvironmental Environmental Engineering for Little Rock Air Force Base.

He oversaw 13 technicians performing activities in the fields of industrial hygiene, occupational health, radiological health, environmental protection, and medical emergency response. He ensured adequate guidance was provided to Squadron Commanders to make informed decisions in the maintenance of healthy working conditions for 6,500 Team Little Rock combat airlifters and to safeguard against any adverse effects caused.

His assignments include bases in Oklahoma, England, Washington and Arkansas. Sergeant Stein’s contingency experience has taken him from the United Arab Emirates working with the Emirate Army to Iraq embedded with US Army Special Operations Command capturing key Al Qaeda regime members, to serving the Deputy Chief of Staff of Strategies Plans and Assessments, Multi National Forces-Iraq as a personal security team member, to leading his own Law and Order team to Kandahar Air Field, Afghanistan. He supported mission operations such as Operation Southern Watch, Operation Iraqi Freedom, and Operation Enduring Freedom.

Stein’s medals and honors are as follows:

Memorial Day is an American holiday, observed on the last Monday of May, honoring the men and women who died while serving in the U.S. military. Memorial Day 2019 occurs on Monday, May 27.

Originally known as Decoration Day, it originated in the years following the Civil War and became an official federal holiday in 1971. Many Americans observe Memorial Day by visiting cemeteries or memorials, holding family gatherings and participating in parades. Unofficially, it marks the beginning of the summer season.

The Civil War, which ended in the spring of 1865, claimed more lives than any conflict in U.S. history and required the establishment of the country’s first national cemeteries.

By the late 1860s, Americans in various towns and cities had begun holding springtime tributes to these countless fallen soldiers, decorating their graves with flowers and reciting prayers.

It is unclear where exactly this tradition originated; numerous different communities may have independently initiated the memorial gatherings. Nevertheless, in 1966 the federal government declared Waterloo, New York, the official birthplace of Memorial Day.

Waterloo—which first celebrated the day on May 5, 1866—was chosen because it hosted an annual, community-wide event, during which businesses closed and residents decorated the graves of soldiers with flowers and flags.

On May 5, 1868, General John A. Logan, leader of an organization for Northern Civil War veterans, called for a nationwide day of remembrance later that month. “The 30th of May, 1868, is designated for the purpose of strewing with flowers, or otherwise decorating the graves of comrades who died in defense of their country during the late rebellion, and whose bodies now lie in almost every city, village and hamlet churchyard in the land,” he proclaimed.

The date of Decoration Day, as he called it, was chosen because it wasn’t the anniversary of any particular battle.

On the first Decoration Day, General James Garfield made a speech at Arlington National Cemetery, and 5,000 participants decorated the graves of the 20,000 Union and Confederate soldiers buried there.

Many Northern states held similar commemorative events and reprised the tradition in subsequent years; by 1890 each one had made Decoration Day an official state holiday. Southern states, on the other hand, continued to honor their dead on separate days until after World War I.

Memorial Day, as Decoration Day gradually came to be known, originally honored only those lost while fighting in the Civil War.

But during World War I the United States found itself embroiled in another major conflict, and the holiday evolved to commemorate American military personnel who died in all wars.

For decades, Memorial Day continued to be observed on May 30, the date Logan had selected for the first Decoration Day. But in 1968 Congress passed the Uniform Monday Holiday Act, which established Memorial Day as the last Monday in May in order to create a three-day weekend for federal employees; the change went into effect in 1971. The same law also declared Memorial Day a federal holiday. 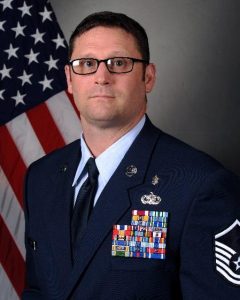