Marjorie Louise Clepper was born November 29, 1937 in her Manchester home, the daughter of Clester German and Mary Hess German. She passed from this life on May 19, 2021 at her home in Kiowa, Kan.

Marjorie attended a one room school, Eureka District I, until the end of eighth grade. Then she attended Amorita High School where she received her diploma.

Growing up on a farm in the Manchester area, Marjorie learned early to garden, milk cows, can produce, raise chickens, pigs and cattle.

She and Glenn J. Clepper were married in Amorita Community Church on June 3, 1956. Marjorie was the manager at Tucker Manufacturing in Kiowa that made the interiors for Kenworth trucks. Later, being the hard worker that she was, Marjorie opened her own truck carpeting business. At one time she was manager of the Dairy Queen in Anthony.

Celebration of life service for Marjorie was at 10 a.m., Monday, May 24, 2021 at Riverside Church of Christ in Burlington. Burial followed at Rosedale Cemetery with arrangements by Lanman Funeral Home, Inc. of Kiowa. www.lanmanmemorials.com Facebook: Lanman Funeral Home Inc.

Memorials may be given to Rosedale Cemetery, Byron-Amorita Fire Department or Riverside Church of Christ through the funeral home. 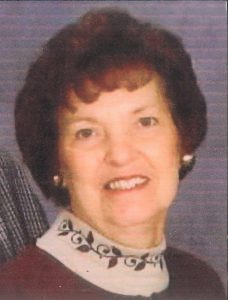