The Judge for the Flower Show was Pam Lyon, a Garfield County Master Gardener, from Enid.

In the afternoon Mini Smart educational workshops were presented to the public.   Tommy Puffinbarger of Alfalfa County Extension presented a workshop on “Pruning Trees” and included a field trip to the park to learn hands on. Lynetta Cressler of Cherokee Floral conducted a workshop, “All About Succulents”, where participants learned about caring for succulents and potted their own succulent to take home.

The Alfalfa Oklahoma Home and Community Education Association is an organization that promotes, and strengthens individuals, family and community through education, leadership development and action, in cooperation with state, county and local groups.  If you would like to have more information about Alfalfa County OHCE Groups or you would like information on how to join a local group, please contact the Alfalfa County Cooperative Extension Service at 580-596-3131.

The placings are as follows:

Purchased or grown by exhibitor 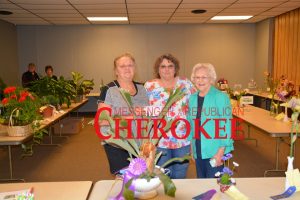 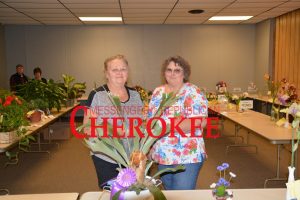 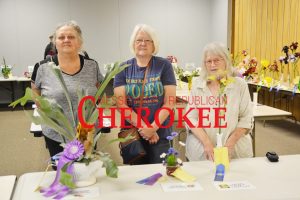 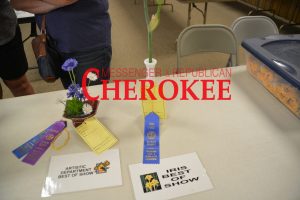