Paden Lee Allen is the 17-year-old son of Josh and Jessica Allen. He was born in Enid, on March 10, 2003. Some of Paden’s hobbies in his spare time are hunting, fishing, welding, and being creative. Paden is currently involved in many activities, including FFA, FCA, basketball, and STUCO. When Paden graduates high school his goal is to attend college and become a radiologist.

When asked what his favorite high school memory was, Paden says, “The time Preston convinced me to ride bulls and I could hardly walk the next day”.

If Paden could have dinner with any celebrity, he would like to eat with Keanu Reeves and talk about how he melts his ice cream before he eats it. When asked who his biggest role model is, Paden says that he looks up to his dad the most. 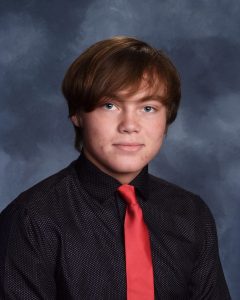