Timberlake had the first opportunity to score runs in the contest and the top of the first inning saw the Lady Tigers go three up and three down.

In the bottom of the first inning a driving southerly wind made pitching into the wind difficult at best, as five OBA players drew walks to make it on base. Bottom of the first saw OBA plate 12 runs on the five walks and 10 hits.

Top of the second once again saw Timberlake go three up and three down offensively.

In the bottom of the second, OBA built on their lead with three runs on four hits and two walks.

Harleigh Decker provided the spark Timberlake had been looking for offensively as she singled to lead off the inning. Amaya Ullrich then singled to give the Lady Tigers two runners on base with no outs.

A RBI single by Summer Finney drove in Decker for the first run of the contest for Timberlake. Savannah Tharp followed with a RBI single of her own to score Ullrich but Finney was thrown at second on the play for the first out of the inning.

A popout and groundout ended the contest with OBA getting the 2-15 victory.

In their second contest of the day, the Lady Tigers fell to Pond Creek-Hunter 2-14.

The impressive start to the season continued for Okeene/Aline-Cleo as they entered the Cimarron Spring Classic softball tournament last week with a season record of 4-1.

Their only loss of the season going into the tournament was to the #10 team in Class 2A, the Covington-Douglas Lady Wildcats. Okeene/Aline-Cleo fell to the Lady Wildcats8-10, in the Ringwood Spring Swing March 11.

The victory over Waukomis set up a rematch with Covington-Douglas. The rematch would once again feature a shootout between the teams. Covington-Douglas was able to prevail but by the narrowest of margins at 2-3.

On the final day of the tournament, March 27, Okeene/Aline-Cleo was facing off with another ranked opponent, this time the #9 team in Class 2A, Kremlin-Hillsdale.

This season against two Top 10 teams, Okeene/Aline-Cleo has only lost all three matchups by a total of five runs. Okeene/Aline-Cleo will have a chance at redemption next week as they travel to Kremlin-Hillsdale Tuesday. 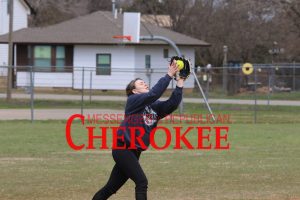 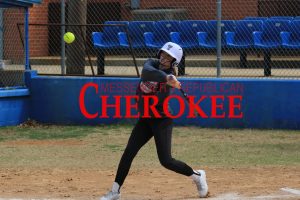 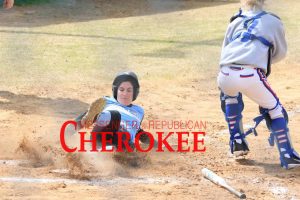