The 72nd Annual Cherokee FFA Banquet was held on May 4, 2021 in the exhibit building at the Alfalfa County Fairgrounds. The evening began with a short welcome from President Drake Williams and was followed by the meal invocation given by Vice President Kacie Eshleman. The Farmer’s Table catered the event with some fabulous food served to over 150 attendees. A slide show of various FFA activities and memories was watched while eating.

After the meal, an opening ceremony video entertained the crowd prior to the introduction of officers by Treavor Green and Neveah Rameriz. The officers performed opening ceremonies and 49 FFA members recited the members in unison part. Proficiency Award certificates were presented in numerous award areas. All degree ceremonies followed including Discovery, Greenhand, Chapter, and Honorary. Five Greenhand members recited the FFA Creed. They were Quentin Gibson, Jake Whitesides, Kesya Solis, Madeline Smallwood, and Grace Smallwood. Following the Honorary Degree ceremony, Reporter Riley Hensley and Sentinel Gaby Solis presented the year in review. Cherokee Superintendent Bryce Schanbacher made some administrative remarks to the parents and students. Schanbacher said, “The life skills learned through FFA are very meaningful. The way to correctly shake someone’s hand, accountability, and commitment are all learned through the organization.”

Cherokee FFA Advisor Christy Snider presented the Star Discovery, Star Greenhand, Star in Ag Placement, and Star Chapter Farmer awards. FFA member TamLynn Link performed an original song for the audience. She was part of the State FFA Convention Talent Finals held last week at the Chesapeake Arena. Mrs. Snider than gave out special awards to various members, including State FFA Degree Recipients. The Class of 2021 was then recognized and given a small gift from the Ag Boosters and the FFA. The senior officers then presented Mrs. Snider, as well as Mrs. Neufeld, (OSU Spring Student Teacher) with a plaque and gift. The 2021-2022 officer team members were announced and closing ceremonies were performed. 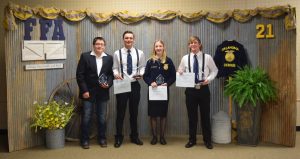 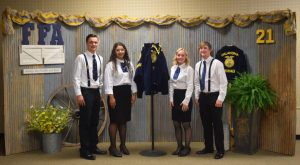 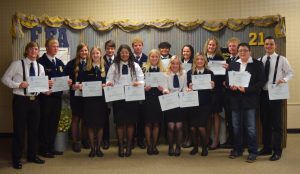 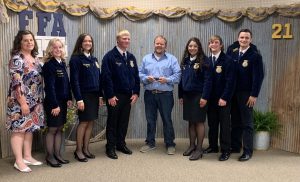 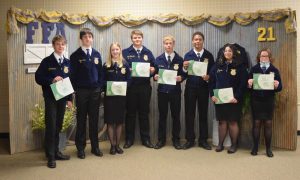 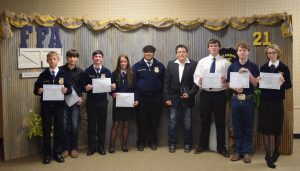 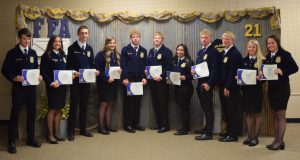 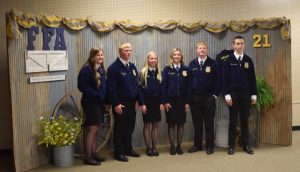 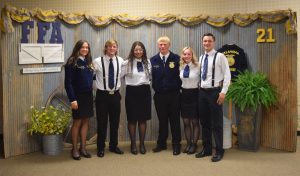