He was raised in Cherokee, and graduated from Cherokee Public Schools in Class of 1962. He was active in sports and school activities and was an Eagle Scout and member of the Order of the Arrow.

He attended Oklahoma State University, where he followed in his father’s interest and was editor of the O’Collegian and graduated with a degree in journalism and marketing. He was a lifelong lover of all OSU sports. In 1963, he joined the Oklahoma National Guard serving in various capacities including Liaison to the Pentagon and retiring as a Lt. Colonel in May 1995.

He married Judy Razook December 28, 1965. After graduation they settled in Norman and then Oklahoma City, where he worked in marketing for several banks including Penn Square Bank and 1st National Bank and won numerous awards for his advertising activities.

He was very active in various Oklahoma City organizations including The Oklahoma City Zoo Board, McBride Bone and Joint Board, the Arts Council of Oklahoma City, including Chairman of the Arts Festival, and served on the Symphony Board. He also headed election campaigns for Henry Belmon, who was a longtime family friend. Later he worked in commercial real estate and was a member of the Masons and the Shriners.

He was preceded in death by his parents, Byron and Oneta Lehmbeck, his grandparents, Earl and Ruth Swaim, William and Goldie Lehmbeck, aunts and uncles, Fred and Mary O. Swaim and Norman and Julie Lehmbeck.

He is survived by his sister Debbie and her husband George Wagner, Enid; nephews Derrick Spence, Dallas, Texas, and Nick Wagner and wife Heather, Enid and their son Kristian Wagner; also, his aunt Ann Swaim, Houston, Texas, special cousins, the Swaim Girls and Lehmbeck Boys and their families as well as his many friends.

In lieu of flowers, donations can be made to the charity of your choice. He will be interred in the Ft. Sill National Cemetery.

Special thanks to the staff of the Memory Care unit of Brookdale Village and Centennial Hospice. 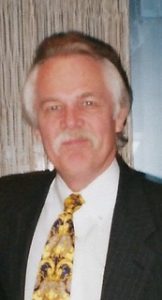