Leland served in the United States Army then worked as an insurance agent for Alfalfa County Farm Bureau for twenty-five years.

He was President of the Cherokee Flying Club, served as President of the Chamber of Commerce, and was a member of the Lions Club. He also served as City Councilman and received the Citizen of the Year Award. He was a member of the First United Methodist Church in Cherokee and was involved with the Volunteers in Mission. He traveled on several mission trips to Mexico. He was a father, grandfather, and great grandfather.

Leland is preceded in death by his parents, Hugh and Mabel Green; his wife, Carolyn Green, and a sister, Donna Rose Ryel.

Funeral service for Leland was at 10 a.m., Tuesday, July 30, 2019 at the First Christian Church in Cherokee with burial to follow at Carmen Cemetery. Arrangements are by Lanman Funeral Home, Inc. of Cherokee. Visitation was from 5-7 p.m., Monday, with the family present. www.lanmanmemorials.com Facebook: Lanman Funeral Home Inc. Memorials may be made to Oklahoma Methodist Volunteers in Mission through the funeral home. 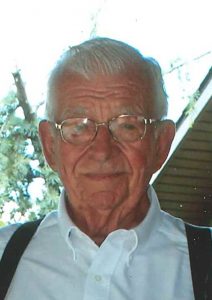