Michael was born March 18, 1949 in Alva to Jim Bradford and Bonnie Shipley Bradford and passed from this life July 30, 2019 in Elk City.

At the age of six, Michael and his family moved to Oregon where he attended grade school in Mulino and graduated high school in Molalla City.

In 1967 he and Jill Chandler were married and they had two children.

His work life was in law enforcement. He became an officer at age 24 in Molalla, Oregon then moved to Oklahoma where he was Chief of Police in Fairview.

Mike and Debbie Olson were married June 7, 1988 in Las Vegas, Nevada and they lived in Laughlin for seven years where he worked as a Security Officer.  They moved back to Cherokee in 1996 where he became the Chief of Police and he retired from this position in 2011.

Michael enjoyed fishing, camping and his family, butlaw enforcement was his life.

Memorials may be made to Oklahoma Medical Research for Alzheimer’s Research through the funeral home. 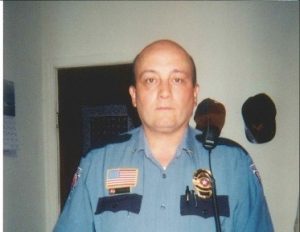