Robert (Bob) Bird Stauffer was born on October 25, 1920, in Ingersoll, the first of two children, to Betty Aldeline Theobald and Robert Gerald Stauffer.

He was born at the Stauffer homestead, a wheat farm, two miles west of Ingersoll. When he was seven the family then moved to a farm outside of Osborne, Kansas. It was decided upon his mother’s passing in 1933 that both Bob and his infant sister, Sue, would live with their uncle Dr. John T. Bird and his wife Sue Bird in Spokane, Washington. They were raised by the Birds until they became adults.

He graduated from Lewis and Clark High School where he first met Kathleen Arnold, who would become his wife. They were married 72 years until her death on October 16, 2017. They both attended Washington State College in Pullman, Washington and married in Seattle in 1945 where daughter Margaret (Midge) was born. In 1951 the family moved back to Spokane where sons Robert Jr. (Rob) and Thomas (Tom) were born.

As a team, Bob and Kathleen designed and built three of their family homes in Spokane. He also held down a full time job as the assistant personnel manager at the Spokesman-Review newspaper while building the houses. In 1965 the family moved to Mercer Island, Washington, where Bob worked for Blue Cross as the personnel manager. Finally, he worked for the City of Issaquah and later at the City of Gig Harbor as a building inspector, a job he was born to do.

Bob and Kathleen completed designing and building their retirement home on Henderson Bay near Gig Harbor, Washington and lived there from 1980 until 2004 when they moved to Issaquah, Washington. They spent much of their retirement playing golf, tending to their garden, touring the United States in their RV, and taking other travels to Mexico, Hawaii, the Caribbean and the UK. They treasured their time with old friends, neighbors, extended family and, especially their grandchildren.

Bob was a life-long lover of the Pacific Northwest with its greenery and scenic beauty but always claimed himself as an Okie. A day did not pass that he did not reminisce about his life growing up in Oklahoma and Kansas.

Bob was preceded in death by his wife, Kathleen, his parents, and his aunt Sue Bird and uncle Dr. John T. Bird.

The familiy would especially like to thank Corina’s Adult Family Home in Issaquah for their excellent and loving care of Bob during the last twenty months of his life. 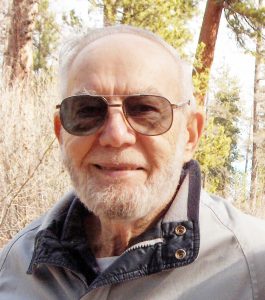