Iris Ann Dale was born January 24, 1934 in Manchester, to Everett P. and Beatrice B. (Claflin) Folger. She was one of two children, including her brother, Marvin.

Her early years were spent on the Landreth farm until her parents bought the Hughes farm, where she lived through high school graduation at Amorita High School.

Her strong faith, values and work ethic came from growing up on the farm and helped shape her entire life.

After high school graduation she attended nursing school and became a pen pal to a US Air Force service man in Germany, Jim Edwards. She would go on to marry Jim and have two sons, Daniel and Alan. Her sons would go on to bless her with eight grandchildren and nine great-grandchildren. She loved talking about and showing pictures of her family to anyone she met.

Iris was an avid photographer and it was hard to ever find a picture of her because she was always behind the camera preserving memories for future generations.

Family was important to Iris and she worked diligently to keep the Folger and Claflin family reunions going year after year. She felt it was very important for families to maintain that closeness and contact.

Her favorite pastime was genealogy. She was determined to assure that future generations would know their family lineage. Her research took her on many excursions across the US documenting many family trees. Her efforts will be preserved and carried on by future generations.

In later life, Iris married Laverne Dale. She continued to travel with Laverne and took many cruises and bus trips across the United States, until their health would no longer allow it.

Throughout her life she enjoyed playing sports including basketball and softball in high school and golf in her later years.

She loved spending time gardening and nurturing her beautiful flowers. She also enjoyed quilting, a tradition she learned from her mother.

Iris was a strong, determined woman and faced her greatest challenge in 2013 with a terminal cancer diagnosis. She went on to beat it and her cancer doctor dubbed her “his miracle.”

On October 18, 2019, Iris passed away in Wichita, Kansas at the age of 85 years. She was preceded in death by her parents; husband, Laverne Dale; and brother, Marvin Folger.

Iris will be deeply missed by her sons: Alan Edwards and wife, Melanie and Daniel Edwards; 8 grandchildren; 9 great-grandchildren; other relatives and many friends.

Iris was a shining light to all who knew and loved her. She is now surrounded by family and friends in Heaven waiting for us to join her.

Memorials in memory of Iris may be made to the American Cancer Society and may be sent in care of the funeral home. Prairie Rose Funeral Homes, 602 E. Main St., Anthony, KS 67003, was in charge of arrangements. www.prairierosefuneralhomes.com 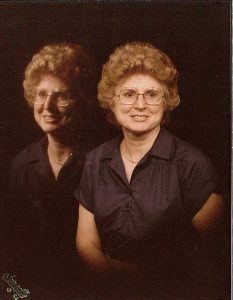