She was born Dec. 23, 1937 in Enid. Her parents were Brice and Wilma Lowell and she had one brother, Brice Wray Lowell.

Phyllis met Larry Dale Hammer when he moved to Fairview in the mid 1950’s and attended Fairview High School. They were married in her parent’s home Dec. 24, 1955. They later had two children, Holley Lynn and Hoby Dee.

Larry and Phyllis worked for Fairview Republican publisher, Brice Lowell, before purchasing the newspaper from him in 1958. In 1966, they purchased the Cherokee Messenger & Republican from Barney Lehmbeck. They also owned and operated the Woodward County Journal and Jet Visitor.

In the 1970’s, they expanded their business adventures when they partnered with K.V. Williams, to form Hammer-Williams Company, a corporation that operated convenience stores across the state.

Phyllis was a traveler. After Larry passed, National Geographic travel was her choice to explore and hone her photography skills. Some of her trips included Santa Fe, San Francisco, Costa Rica, Alaska, and Ecuador to the Galapagos Islands to see the penguins on the equator, just to name a few.

She was an avid bird watcher. She kept her website, www.cherpub.com, up to date on the local bird count at the Salt Plains Lake.

Phyllis also enjoyed shooting videos and editing film for the local stations in Cherokee and Fairview. Her love of basketball was apparent, she loved attending local Cherokee kids’ and her grandkids’ games and sending them the edited game films.

She was preceded in death by her parents, Brice and Wilma Lowell; husband, Larry Hammer and daughter, Holley Hammer. Also preceding her in death were her brother, Brice Lowell; in-laws, Bud and Ruth Hammer and brother-in-law, Walter Lemmons.

Graveside services will be 3 p.m., Thursday, Oct. 24 at the Fairview Cemetery, Fairview, under the direction of Fairview Funeral Home.

The family will host a Celebration of Life at the home of Hoby and Jo Hammer, Fairview, following graveside services. Even if you are unable to join us at the service, please stop by our home, opening at 4 p.m., and enjoy sharing food, drinks and memories in the true Hammer fashion.

Memorials may be made to the Cherokee United Methodist Church or the Mass Communications Department at Northwestern Oklahoma State University in Alva. with Fairview Funeral Home serving as custodian. 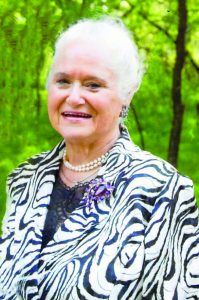