Dean Russel Stands passed away on Sunday, December 1, 2019 at the age of 83 years surrounded by his loved ones after battling cancer.  He was born on Sunday, July 19, 1936 in the farmhouse on the “Stands Home Place” north of Seiling, Oklahoma to Russel and Frances (Martin) Stands (descendants of French and German immigrants). At six weeks old, Dean moved with his parents to Haviland, Kansas where his father enrolled at Friends Bible College for training as a pastor.

Growing up the son of a Quaker minister, Dean and his family moved to various pastorates, including Las Animas and Paonia in Colorado and Melba, Idaho. Once when Dean was talking with his grade school friends during the Sunday service, his Papa, Russel Stands, stopped the sermon and invited his oldest and only son to come sit on the front row by himself for the remainder of the service. Dean was always very social and enjoyed people. Some of his favorite memories were from youth church camps. He gave his life to Christ as a middle schooler at Camp Quaker Hill in McCall, Idaho.

Dean left home at the age of 14 to attend Greenleaf Friends Academy, a Quaker boarding school in Greenleaf, Idaho. He graduated high school from the Academy in 1954. He worked various jobs while in high school including as a butcher at the local grocery store and picking fruit in orchards during the summers. Dean possessed a strong work ethic throughout his life.

He then attended Friends University in Wichita, Kansas, earning a football scholarship as their quarterback until he suffered a career ending knee injury. He completed his degree in business in 1958.

Dean had many jobs as he worked his way through college, including custodian for the Davis Administration Building at the university, as a Deputy Court Clerk for the City of Wichita, and worked paper routes delivering the Wichita News & Eagle morning and evening editions. While collecting for his paper route, he met the love of his life, Carolyn Edwards. Dean Russel Stands and Carolyn Mae Edwards were married at the Friends Chapel in Wichita, Kansas on June 7, 1957.

Dean’s first job after completing his college degree was as an assistant to the City Manager of Wichita, Kansas. All four of Dean and Carolyn’s children were born in Wichita. In 1966, they relocated their young family to Enid for Dean’s new job as a Prudential Life Insurance agent, which began his life-long career in the insurance industry.

A few years later, the family moved to Jet so Dean could launch his own independent agency. He also designed and built a new home for his family while in Jet. It was at this time, while attending the Jet United Methodist Church, that Dean and Carolyn became active in the “Lay Witness Mission” movement. They would travel with other church members to area communities to share their faith.

In 1972, Dean and Carolyn purchased an insurance agency from Walter and Lydia Geis. The family moved to Cherokee where they built their home and raised their family and operated their growing business. In the 70s, Dean also became a real estate broker and helped develop residential housing additions in Cherokee. He enjoyed helping others find homes for their families and locations for their businesses.

He also was a strong supporter of the public schools. He served as chair of the local athletics booster club and supported the Cherokee Chiefs for decades. He enjoyed sports and he especially loved to watch the Oklahoma City Thunder and the Dallas Cowboys, and to talk with friends and family about the players and games.

Family was very important to Dean. The Stands home was always open to friends and family, especially for lunch gatherings after church. On special occasions, he would make sure that his favorite treat, homemade ice cream was served. He enjoyed planning annual family vacations to spend time with his loved ones. Over the years, he helped organize numerous reunions for extended family. He was raised in a healthy Christ-centered family where taking care of each other and helping others was valued. He once wrote in a letter home to his parents, that his prayer in life was to become the same kind of father as his Papa was to him and provide the same kind of training that he received. Dean was always grateful to God for giving him a rich heritage of family and faith.

Dean was a member of the First Baptist Church of Cherokee. Dean and Carolyn enjoyed over 50 years of rural life together in Alfalfa County. They shared a full blessed life with all the ups and downs that come with 62 years of marriage. He worked hard all of his life to provide for his family.

Dean wrote an essay for his college Religion and Life class the summer of 1956 and stated, “Heaven is a place of LIFE that is lived more abundantly than we have on this earth.” His loved ones believe and rejoice that he is now there with his Creator, Savior, and family of believers that have gone on before him.

Viewing with family present will be from 6-8 p.m. Friday, December 6, 2019 at Lanman Funeral Home Inc. of Cherokee. A public memorial service will be held at 11 a.m., Saturday, December 7, 2019 at the Cherokee First Baptist Church, 614 S. Grand Ave., Cherokee, Oklahoma.

All attendees are invited to a light luncheon hosted by the family in the church’s Fellowship Hall following the service. (A small private burial service will be held earlier that morning at the Cherokee Municipal Cemetery with his immediate family in attendance.) www.lanmanmemorials.com Facebook: Lanman Funeral Home Inc.

In lieu of flowers, donations may be may be given in Dean’s memory to Camp Quaker Haven, Hospice Circle of Love, or to the Cherokee First Baptist Church for the facilities expansion fund or the youth fund. Lanman Funeral Home, Inc. will be custodian of memorial gifts. 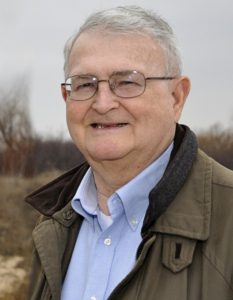