Veda Valera Holt, age 78, went to her eternal reward on December 14, 2019.  She was living life to the fullest on vacation in Arkansas with her sisters and friends, when she suffered a sudden fall and heart failure. While her passing was unexpected, we are comforted she was surrounded by friends and family at the end.

Veda was born to Earl and Golda Grigsby on January 31, 1941 in Bluejacket.  She and her six siblings grew up in Miami, and she graduated from Miami High School in 1959.

She went on to receive her Bachelor’s and two Master’s degrees in Education and Spanish, attending multiple universities all while chasing her future husband, Jerry Holt.

She taught Spanish in Wagner, for two years before beginning a career at the high school in Kiowa, Kansas, where she taught Spanish, French, and Yearbook and continued to chase Jerry. She finally caught him on June 2, 1973, when they were married at the Church of Christ in Miami.  In 1975, they were blessed with their first son, David, followed very shortly by their daughter, Julie, in 1976.  Their son, Steven, was born in 1980.  Veda started teaching at the Burlington High School in 1995.  She finally retired from teaching in South Barber and Burlington in 2016 after 53 years of teaching.

Throughout their life together, she and Jerry were active members of the Riverside Church of Christ in Burlington where their church friends were more like family. Serving the Lord and supporting causes that were close to her heart always took priority.

She made connections with people everywhere she went, from the young members of her congregation to the students in the schools where she taught.  Veda’s kindness and generosity was far reaching, impacting more lives with the love of Christ than we will probably ever know.

Those who called Veda family were blessed by her life most of all.  She was a loyal friend, faithful sister, devoted wife, loving mother, and a doting grandmother.

She was preceded in death by her parents, Earl and Golda Grigsby, brothers, Jerry and George Grigsby, and sister, Dona Grigsby.

In Veda’s honor, memorials are requested to some of her favorite causes, including Lariat Creek Christian Camp (c/o Riverside Church of Christ in Burlington) and Carpenter Place Children’s Home through the funeral home. 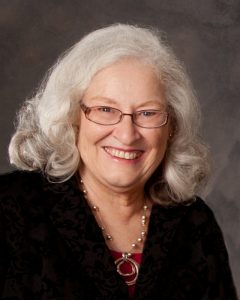