Walter was born June 25, 1946 in Chicago, Illinois, where he spent most of his life before moving to Cherokee to be near family, particularly his grandchildren, whom he adored.

Walter spent his adult life working in the public safety field, particularly the fire and emergency medical services, a passion he inherited from his father and brothers, who all served as firefighters. During his career, Walter held numerous positions including firefighter, engineer, paramedic and arson investigator before retiring as Fire Chief of the Markham, Illinois Fire Department.

A funeral mass for Walter was held at St. Cornelius Catholic Church in Cherokee at 1 p.m., Friday, January 3, 2020 with arrangements by Lanman Funeral Home, Inc. of Cherokee. There will be no burial at this time.  www.lanmanmemorials.com  Facebook: Lanman Funeral Home Inc.

Memorial contributions may be made in Walter’s name through the LifeShare Foundation, 4705 NW Expressway, Oklahoma City, Oklahoma 73132 or to the Make-A-Wish Oklahoma at oklahoma.wish.org. 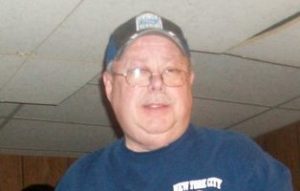