Bill was the son of Carroll and Irene York Stout of Lambert. He graduated from Lambert High School and went on to many different universities, Friends University, Northwestern State University, and finally obtaining his Master’s Degree at OSU.

On February 1, 1949 he married Evelyn Carpenter, also of Lambert, and they had four children. Bill taught, coached, counseled, and even was principal at many schools throughout northwest Oklahoma. He also spent six years in Colorado as Superintendent of English at Jefferson County.

A highlight of Bill’s coaching career came in 1964 when he led the Jet football team to a State Championship.

After forty years in education, Bill retired in 1984 from Cherokee. Bill and Evelyn moved from Cherokee to the Stout family farm where he farmed and raised Shorthorn Cattle.

Bill is preceded in death by his wife, Evelyn; his parents, Carroll and Irene Stout; two brothers, Bob Stout and Don Stout, and one granddaughter, Natalie Stout.

In lieu of flowers Bill’s family has designated memorials may be made to the First United Methodist Church of Cherokee through the funeral home. 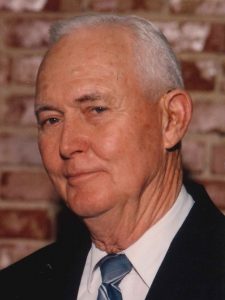