Andy Moser, son of Cindy (Roberts) and Jack Michael Moser, was born on August 11, 1975 in Fairview. He grew up alongside his two brothers, Josh and Nate and one sister, Tasha, west of Carmen.

Andy graduated high school from Carmen in 1993. After high school, he attended Northwestern Oklahoma State University and graduated with a Bachelor of Arts in Education. Following graduation, Andy spent many years in education coaching and teaching.

He took great pride in his profession and loved being around his students. Andy’s greatest pride was his son, Dylan. He was very proud of him, and never tired of sharing stories about him. Dylan always put a smile on his Dad’s face.

In August of 2008, Andy met Gena Shatswell, and they were later married in May of 2009. After marriage, they made their home in Altus, later moving to Oklahoma City.

Andy enjoyed watching sports and being with his family and friends. He loved his profession and helping the kids he coached and taught. He also had a passion for writing, resulting in a published book called Seminole Wind in 2001.

In lieu of flowers, the family ask that memorials may be given to the Dylan Jack Moser college fund. 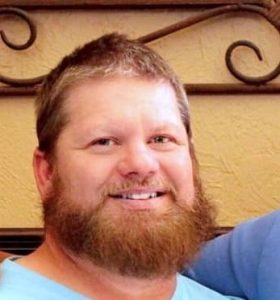