A Celebration of Life Service for Donald “Don” G. Wallace age 85 of Lahoma was at 10 a.m. Tuesday, January 28, 2020 at the Ladusau-Evans Chapel with Rev. Jim Edmison and Rev. Bill Smith officiating. Burial followed in the Cherokee Cemetery under the direction of Ladusau-Evans Funeral Home. The family received friends  from 6-7 p.m., Monday at the funeral home.

Don was born July 18, 1934 in Jones to Nick and Eva Dell (Howell) Wallace and passed away January 22, 2020 in Integris Bass Baptist Hospital. He grew up in the Jones community.

He received his Bachelor of Arts Degree in Police Science from Northwestern State University.

Don entered the U. S. Army on September 21, 1956 and was honorably discharged on September 9, 1958. He started a long career with the Oklahoma Highway Patrol in July of 1966 retiring in 1988 and started his other career with the Department of Public Safety as a Driver License Examiner retiring in 2004 after 37 years. He was a member of the Salem United Methodist Church in Drummond.

He was preceded in death by his parents, sister Cora Sue Wallace, brothers Glenn Wallace, James Wallace and Mickey Wallace.

In leu of flowers, memorials may be made to Oklahoma Medical Research Foundation- Cancer Division with Ladusau-Evans Funeral Home serving as custodians of the funds.

Condolences may be made online and the service may be viewed online at www.ladusauevans.com. 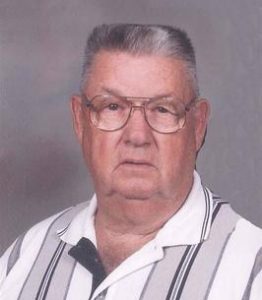