Ercil Wayne George was born on May 26, 1934 to Everett and Gail George in Sand Creek.

After graduating from Gore High School in 1952, he attended the University of Oklahoma and received his pharmacy degree. He moved to Cherokee to work at Rupe’s Rexall Drug Store and met the love of his life, Shirley Marsh.

Ercil and Shirley were married in July of 1958 in Cherokee. Their three sons Kevin, Kelly, and Kris were born while they lived in Cherokee.

Ercil and his family moved to Davis while he worked in his brother, Lyle’s pharmacy. Then Ercil and his family moved to Ardmore after he purchased his own pharmacy. They moved to Wakita in 1968 after the Community Health Center and Pharmacy was established. After purchasing their farm five miles south of Wakita, Ercil and Shirley worked in the pharmacy and on the farm. The farm continued to be their home throughout the years.

Graveside service for Ercil will be at 11 a.m., Thursday, March 19, 2020 at the Bethel Hawley Cemetery. Memorial service may be held at a later date. Arrangements are by Lanman Funeral Home, Inc. of Medford. Viewing was from 10 a.m. until 7 p.m., Wednesday, March 18, 2020 at the funeral home with family present 5-7 p.m. lanmanmemorials.com Facebook: Lanman Funeral Home Inc. Memorials may be made to Bethel Hawley Cemetery or Wakita Cemetery through the funeral home. 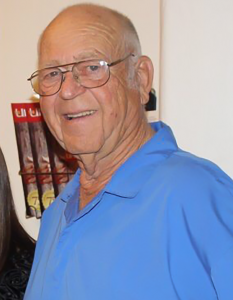