Eric Earl Ludeman, 69, died March 31, 2020 in Tulsa. Husband, father, brother and son, Eric was a loyal friend to many throughout his life.

The son of Earl and Charlotte Ludeman, Eric grew up on a wheat farm and family cattle operation near Amorita and graduated from Burlington High School where he was senior class president.

He attended Oklahoma State University where he met Susan Witt, who became his wife of 44 years. Eric graduated with a degree in accounting and began working in Tulsa at what was then a Big 8 accounting firm, Haskins & Sells. He became a Certified Professional Accountant and worked in the oil and gas industry most of his career. He also managed the family farming operation for many years.

Eric was a loyal and true OSU Cowboy, attending football games and other sporting events and always happy to wear orange and visit Stillwater.

He was an avid racquetball and squash player and he and his buddies enjoyed each other’s company on and off the courts for years. Eric loved skiing, camping, scuba diving, hiking, riding ATVs in the mountains, canoeing, raft trips and travel. He took many adventure trips with his family and friends.

He served on the board of The Tulsa Garden Center, as a volunteer guide at Oxley Nature Center and served as Treasurer on the Foundation Board for Mayo Demonstration School and Thoreau Demonstration Academy. 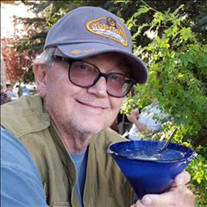