Born in Cherokee, Dwight was the son of the late Anthon and Ruby Hart Nelson. He was raised on the family farm northwest of Cherokee. His early schooling was at the one-room school at Short Springs before transferring to Cherokee schools, graduating in the class of 1958. Dwight also attended Northwestern State College in Alva.

In addition to his parents, Dwight was pre-deceased by a younger brother, John Douglas Nelson. He is survived by two daughters, Shari Kristof, Morrisville, N.C., and Lisa Stewart, Coconut Creek, Fla. He leaves four grandsons, Jason, Ryan, and Justin Kristof, and one granddaughter, Taylor Stewart. Dwight also leaves one sister to cherish his memory, Toni Nelson, Onancock, Va., as well as many beloved nieces, nephews, cousins, and a host of treasured friends.

Dwight had a gift for all things mechanical. There was nothing that he couldn’t take apart, fix, and put back together with skill, patience and expertise. He had a lifelong passion for cars and motorcycles, especially Corvettes and Harleys. He enjoyed restoring cars, as well as buying, selling, and trading them.

In addition to cars, Dwight also loved airplanes. He obtained his pilot’s license and his own plane, making it possible for him to “commute” between Oklahoma and North Dakota to attend to his farming and ranching operations. After selling his plane, he was in demand as a trusted and respected pilot for several businesspeople in NW Oklahoma.

After relocating to Florida, Dwight’s mechanical knowledge led him to working in the truck parts industry, where he supplied truck parts for the major sugarcane operations around Lake Okeechobee. He could be and was counted on to keep all machinery up and running.

Many years later, Dwight relocated to Arizona. He then spent some time in the towing business, and his prowess at loading a school bus stranded on the freeway onto a flatbed and then dropping it easily into the tiniest parking spot was uncanny.

Dwight also had a passion for travel. In recent years, prompted by his interest in World War II memorabilia, he developed a love of the Philippines, where he visited for months at a time. He enjoyed seeing the sights, walking, biking, and interacting with the local people.

Dwight was articulate and well-spoken, slow to anger, and a natural wordsmith. He had a fitting joke or story for any and every occasion, right on-the-tip-of-his-tongue. He will be sorely missed.

Please go online to www.chapelofthechimesmortuary.com/DwightNelson to view his online obituary & to leave condolences and messages for his family. In lieu of flowers, please make a donation in Dwight’s memory to the charity of your choice. 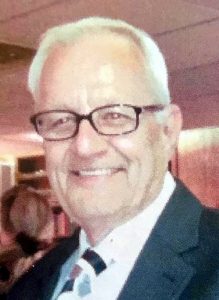