Gene Leon Davis passed away at OU Medical Center on July 8, 2020 after a dare devil attempt to race the wind on his motorized bicycle. Born on March 23, 1948 in Cherokee to Glenn and Erma Romine Davis, he grew up south of Cherokee where he graduated High School in 1967.

Gene also was one of the first to graduate from OT Autry in 1969 in Computer Technology. In 1969, Gene married Deanna (Ryel) Davis, and they had two daughters, Regina Waugh and Kelli Davis.

Gene was a “jack of all trades” and always had a project on which he was working. He owned GL Davis Custom Combining for 13 years, worked as a mechanic for Bill Ryel Machine and Repair, NW Radiator, Hawley Services and Dennis Wade Construction.

Gene took on the role of a traveling church photographer for Olan Mills, then ventured out as a cross country truck driver with BCT Trucking and then eventually ran his own trucking company. He later “retired” and opened Bar 74 Radiators which kept him busy repairing radiators, working on trailers and anything else his family and friends asked of him.

He never said no to anyone when they called on him for help and he always greeted everyone with a smile.

He was a member of the Corinthian Masonic Lodge 307 where he served as Worshipful Master for several years and received his 50-year pin last spring.

Gene was a quiet but ornery man who sought out to enjoy the little things in life. He loved his family dearly and enjoyed every second of time he got to spend with them. He will be truly missed by each and every one of them.

Gene is predeceased by his parents, Glen and Erma Davis, and great-grandson, Oakley Waugh.

Memorial service for Gene was at 10:30 a.m., Wednesday, July 15, 2020 at the First Christian Church in Cherokee followed by a family burial at the Cherokee Cemetery. Arrangements were by Lanman Funeral Home, Inc. of Cherokee. www.lanmanmemorials.com Facebook: Lanman Funeral Home Inc.

In lieu of flowers, memorials may be given to the Cherokee Rainbow Girls through Lanman Funeral Home. 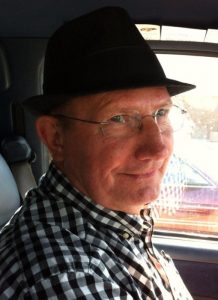