Ruth was born in a farm home west of Cherokee to Wesley Allen and Grace Sharp Taylor on December 6, 1924.  She lived most of her life in this area.  She graduated from Cherokee High School in 1942 then graduated from Northwestern State College in Alva in 1946 with a degree in Home Economics.

While attending college she met and married Donald J. Mathis on September 1, 1945.  While waiting for Donald to return from serving in the U. S. Army overseas, she taught school for two years.  A son, David, was born in 1954 and a daughter, Nancy, was born in 1963. For the next few years, Ruth helped with the farming operation.  She worked as a cook in the nursing home and the hospital kitchen for nineteen years.

Those who have preceded her in death are her husband, Donald J. Mathis; granddaughter, Michelle Mathis; great-grandson, Kota Parker; two brothers, Don Taylor and Wayne Taylor; one sister, Elsie Endsley.

Ruth is survived by her son, David Mathis and wife, Janice; her daughter, Nancy Hutchinson and husband, Dean; six grandchildren and twelve great-grandchildren.

A graveside service for Ruth was  at 10:30 a.m. Friday, September 4, 2020 at Cherokee Municipal Cemetery.  Arrangements were by Lanman Funeral Home, Inc. of Cherokee.  Viewing was at the funeral home from 2-6 p.m., Thursday.  www.lanmanmemorials.com  Facebook:  Lanman Funeral Home Inc. Memorials may be made to Cherokee United Methodist Church through the funeral home. 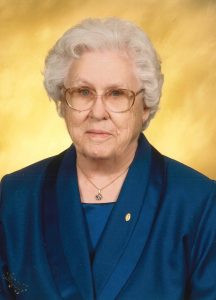