Mary Alice was born September 9, 1938 to Dorothy and Armour Evans in Wichita, Kan., where she grew up and graduated with the 1956 class of Wichita East High School.

Bob and Mary Alice married on April 1, 1957. They started their life together in Wellington, Kan., briefly moved to St. John, Kan. in 1978, and then moved to Cherokee in the fall of 1980 where they would later retire. They moved to Wichita Falls, Texas in 2014 to be closer to family.

Mary Alice greatly enjoyed working in many different libraries, including the Wellington, Kan. Public Library. After her children were grown, she went back to school, completing both a bachelor’s and master’s degree in library science from Northwestern Oklahoma State University in Alva. She continued her career as the librarian for the Timberlake Public School system, and she was the librarian of the Cherokee Public Library. Her love for books and belief in education never ceased.

Mary Alice was a lifelong Methodist church member, active in every town where she lived. She utilized her love for God and books to serve her church.

Mary Alice is preceded in death by her husband Bob, and their oldest son Mike. Mary Alice’s body was donated to UT Southwestern willed body program to aid in medical research.

A private celebration of life service with the family will take place at a later date. Memorials can be made in memory of Mary Alice to the Cherokee Public Library, or the First United Methodist Church Building Fund. 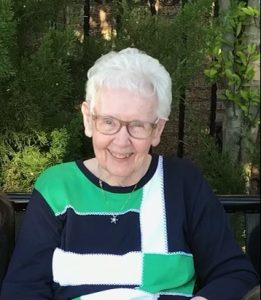