Richard Lee Tidwell of Emporia passed away November 7, 2020 at his home as a result of complications from advanced melanoma. He was 65.

Rick was born in Emporia, Kansas on October 5, 1955 to Billy Dale and Margie Lou Clark Tidwell. He was raised in Oberlin, Ohio with two short stays in New York City before moving back to Emporia at the age of 15.

After completing his studies at Emporia High School, Rick spent a year working as a mechanic in Kiowa before returning to Emporia and attending Emporia State University. However, Rick cut his studies short to begin work as a firefighter and EMT.

Rick met his wife Sarah in 1977 and the couple married two years later. As an ER nurse and an EMT, the young couple were no strangers to Newman Hospital, but it was surely a surprise for Sarah when Rick entered her ICU ward six weeks after their wedding due to an accident on the job at the Fire Department. Rick recovered from those injuries and spent another 6 years as a firefighter before leaving the department.

In 1985, Rick started work for Valu-Line, a local telecommunications provider. He helped to create a new division of the company, Valu-Fone, which was dedicated to communications equipment. Over the next decade, the enterprise expanded statewide and in 1998 the company merged with the Kansas City based Birch Telecom. The new company had plans to expand to large cities in the Midwest and South which meant that Rick spent much of the next five years as a Vice President at Birch traveling the country and working with state and federal regulators to open new territories for service. Rick left the telecommunications industry briefly, but he returned in 2011 to join his longtime colleagues in a new enterprise, Valu-Net FIBER. Rick served as President of the company for the remainder of his life.

Rick was involved with the Emporia community throughout his life, serving on the Board of Directors for Newman Regional Health as well as the board of the Emporia Community Foundation and the Regional Development Association. He also served as the Chair of Emporia Enterprises and along with his wife Sarah, was a strong supporter of Emporia State University and the Emporia SOS.

Rick felt that his greatest accomplishment was raising two boys with his wife. Philip, the oldest, lives in Helsinki, Finland and works as a Professor of Architecture with his wife Liesl Yamaguchi. Christopher has worked as a mechanic in the NASCAR Cup series since 2005 and is currently a mechanic with Penske Racing. He and his wife Stephanie live in Lexington, North Carolina and have a son, Ryder Lee (4) and a daughter, River Mae (18 months).

Rick was preceded in death by his mother, Margie Braden and is survived by his immediate family as well his father Bill and wife Kathy, two brothers and their wives; Dale and Sharon, Lon and Anita; niece, Rebecca and her husband Nathan Wangler.

Cremation is planned and Rick’s family intends to organize a celebration of his life sometime next year. Memorial contributions to SOS or Hand in Hand Hospice can be sent in care of Roberts-Blue-Barnett Funeral Home, PO Box 175, Emporia, Kansas 66801. You can leave online condolences at www.robertblue.com 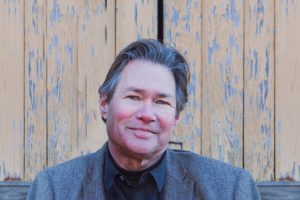