On the morning of November 7, 2020 Ruth Evelyn Ferrell of Burlington moved to her heavenly home and was greeted by her Lord and Savior Jesus Christ.

Ruth was born to Edmund and Eva Scroggs Nossaman May 31, 1930 in Cherokee. She attended Driftwood Public Schools and graduated in 1948. She then attended Phillips University in Enid. She married Bill Ferrell on September 4, 1949 and they were married fifty-three years. She was a homemaker, mom and helped manage the family farm. They had four sons: Danny, Dennis, Monty and Mickey. Ruth loved and served in the Burlington community and Driftwood Christian Church where she was a charter member.

Ruth enjoyed reading and cooking and gardening. She taught Sunday School for over fifty years. She was a member of the Wheathearts HCE, formerly the Modern Homemaker HDC, and the Women’s Christian Temperance Union. Ruth was at the top of her class for tax preparation. She received many blue ribbons at the Alfalfa County Fair for her banana nut bread. The Ferrells were known for giving out full size candy bars at Halloween. She was a member of the Alfalfa County Fair Committee and a volunteer for the Oklahoma Blood Drive. She was also a board member for the Burlington Education Foundation.

She loved to read the Bible and a variety of other literature. She was a real student of the scriptures and a regular visitor of the Cherokee Public Library. Ruth was a graduate of Deeper Life University, an intense Bible Study. She hosted church youth groups in her home on many occasions. She was a member of the Women’s Christian Council.

Ruth supported Burlington Schools and could be found regularly supporting the Elks playing basketball. Attending concerts and plays, she showed support for all students. Basketball parties and get togethers were often held at the Ferrells’. Ruth was an Honorary FFA Mother.

Ruth was a gardener and grew perennials and annual flowers in her garden including hollyhocks, irises , and petunias. She also had many indoor plants, including African Violets and other indoor varieties.

She is also survived by her four sons, Danny and wife, Denise, Stillwater, Dennis and wife, Diane, Monty and wife, Linda and Mickey and wife, Sheila, who all live in the area.

Funeral service for Ruth will be at 2 p.m., Saturday, November 14, 2020 at Driftwood Christian Church with burial at Byron Amorita Cemetery. Arrangements are by Lanman Funeral Home, Inc. of Cherokee. Viewing and visitation with the family will be from 10 a.m. until 7 p.m. Friday, November 13, 2020, with family present 5-7 p.m. www.lanmanmemorials.com Facebook: Lanman Funeral Home Inc.

Ruth’s family is planning a celebration of life on May 31, 2021 which would have been her 91st birthday.

In lieu of flowers, memorials may be made in her honor to Driftwood Christian Church, Burlington Education Foundation or Byron Amorita Cemetery through the funeral home. 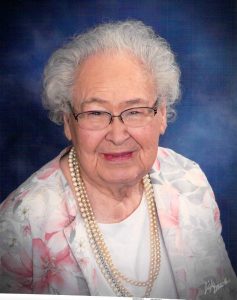