After graduating from Byron-Driftwood High School in  1962, she went on to study Nursing at Hutchinson Hospital School of Nursing and worked as an RN from 1974 – 2007. She wed Larry McPherson in 1963, and they were married for fifty-seven years.

In lieu of flowers memorials may be made to University of Kansas Medical Center, Department of Neurology (in honor of Makayla Barone.) 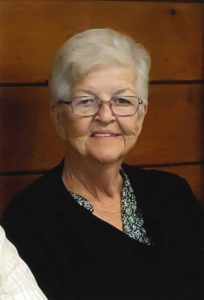