Debbie entered this world on October 20, 1956 to Bob Allen and the late Darla Allen. She attended school in Cherokee. Here is where she met and married her husband, Charles. The two became one on June 14, 1975. They began their 45 year life together in Alva, eventually making their way back to Debbie’s home town of Cherokee.

As a wife, mother and homemaker, Debbie was the matriarch of the family. She was protective, strong, opinionated, kind, loving and caring. She had a unique and special bond with each of her children and grandchildren. She was the problem solver, the advice giver, the caretaker, the comforter, the organizer, the peacekeeper, the kick in the rear if needed, the ear to listen, the shoulder to cry on and so much more. Regardless of the situation, she was there and she always knew the perfect thing to say or do. She is loved by so many and will be truly missed.

She is preceded in death by her mother Darla Allen, two brothers, Jimmy and Colemen Allen. 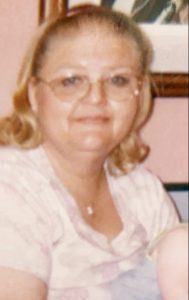