Shireen Ann DeMarcus Diller was born in Tokyo, Japan, on May 15, 1954. She was abandoned in a department store and rescued, then taken to an orphanage where she was originally given the name Rie Nakagawa. She was adopted by her loving parents, James and Judy DeMarcus while they were serving in the US Air Force.

Upon returning to the states in December 1955, she became a permanent resident of the United States followed by naturalization on September 3, 1958. The ceremony took place on the courthouse lawn of Enid.

She attended numerous schools while her parents served in the US Air Force. She held many jobs from waitressing at restaurants, cooking at nursing homes, and was the manager at Gold Spot Dairy Fountain for many years until it closed in 1993. While working at Gold Spot she met Stanley Diller, the love of her life, and they married April 8, 1988. She currently was retired and substituted at Timberlake Elementary where she was known as Mrs. Grandma to the students. Her most cherished roll was to care for others, being a wife, mother, daughter, grandma, sister, aunt and friend to anyone she encountered.

She was preceded in death by her father James DeMarcus

She went to be with her heavenly father January 30, 2021. She will be truly missed by all who knew her.

Memorials may be made to Timberlake Education Foundation or First Baptist Church, Nash. 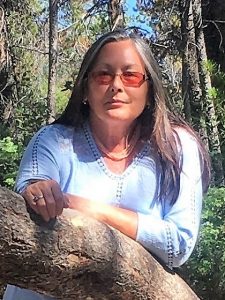