Ron was born on August 20, 1943 to Otis Allison and Erma Oakley Allison in Cherokee and passed from this life on February 27, 2021 in Alva.

Ron Married Linda Goode in 1964 and to this union Kevin and Donelle were born. Ron then married Judy Stairs in 1975 and they were married for 45 years. Ron gained a son Rod, and to this union two more children were born, TJ and Brandi.

Ron was a hard working farmer and rancher in the Cherokee area, even raising sheep with the Wiebeners for a few years. Ron loved team roping and was one of the original members of the Cherokee Round Up Club.

He supported his children and grandchildren in all of their activities, and could be heard helping the referees make sure they made the right call.

He had a special bond for all of his dogs, especially Lucy. Ron was a fun-loving guy. He worked hard and played hard. Ron was a lifelong member of the Cherokee United Methodist Church.

Those who preceded Ron in death include his parents; his sister, Colleen Harris and his son, TJ Allison.

Services for Ron were at 2 p.m., Wednesday, March 3, 2021 at the Exhibit Building at Alfalfa County Fairgrounds with burial at Cherokee Municipal Cemetery.

Memorials may be given to Cherokee United Methodist Church New Building Fund through the funeral home or the Allison Family Love Fund at Gateway Bank. 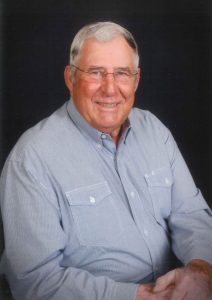