In 1954-1958 Barbara worked at Adjutant General Office as Secretary to Major Truitt and Major Weber. In 1958 Barbara worked as a CPA at Hill Accounting Firm, at Holderby Ford and was a co-owner of Fair Store and Kountry Kitchen in Cherokee. She was a member of First Baptist Church and the Red Hat Society. She was Citizen of the Year and was the first woman president of the Chamber of Commerce in Cherokee.

Those who preceded Barbara in death include her husband, Dale Duggins; her parents, E.K. and Elva White and sisters, Dee Parsons and Carolyn Heck.

Memorials may be given to American Cancer Society through the funeral home. 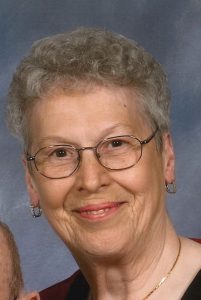