The Timberlake Lady Tigers advanced to the regional tournament at Leedey held Oct. 1.

In game one they matched up with Leedey.

Timberlake was the home team and took the field first.

In the top of the first inning, the Lady Bison recorded three hits and scored two runs. Both runs came on an in-the-park homerun. Timberlake recorded all three outs coming from throw outs at first base. One Lady Bison was left on base.

In the bottom of the inning, senior Samantha Phillips got things started with a walk. The next two batters struck out before fellow senior Summer Finney was able to make it safely to first and score Phillips following an error by Leedey. The next batter struck out and Timberlake trailed 1-2 at the end of the first inning.

In the top of the second, Leedey was able to get five runners on base with four hits and one walk. They were able to plate four of those runners. The outs came from a strike out and then a line ball that was caught and then thrown to second to record the double play.

During the bottom of the inning, the Tigers went three up and three down with two strikeouts and one pop out.

During the top of the third inning, Leedey was able to again get five batters on base from four hits and one walk. They were able to score all five with the help from another in-the-park homerun.

Timberlake was able to go through six batters, but on the third out, three of the batters were still on base with the other three recording out from two strikeouts and a throw out at first. At the end of three Timberlake trailed 1-11.

The Lady Bison added three more runs in the top of the fourth after four batters were walked, two hits and one made it safely on base after a dropped third strike.

Timberlake went three up and three down to finish the inning.

During the top of the fifth inning Leedey scored one run and in the bottom of the inning Kinlie Judd was able to score.

At the end of the fifth, the game came to a close with Leedey winning 15-2.

In the second game for the Lady Tigers, they faced Beaver/Forgan and fell 10-1. 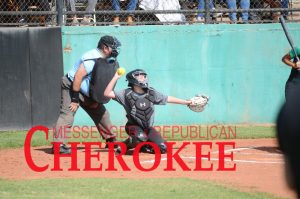 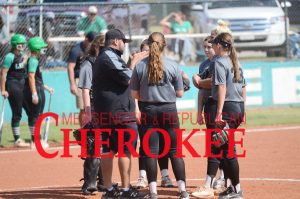 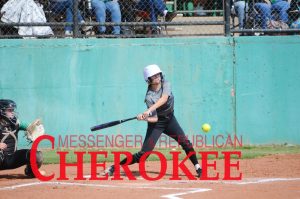 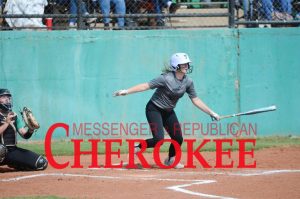 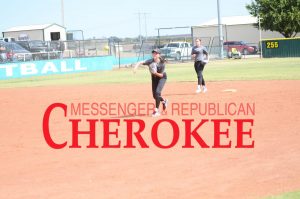 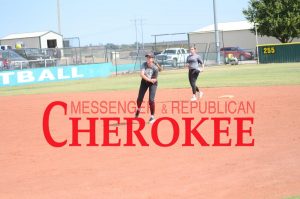 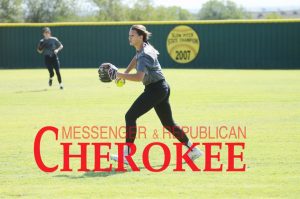 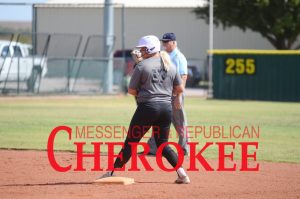