After a 8-14 loss to Garber to begin play in the Cimarron Fall Classic Sept. 9, the Timberlake Lady Tigers looked to rebound against Pond Creek-Hunter. The Lady Tigers won the coin toss and had the right to the home team in the contest.

Top of the first inning saw PC-H plate two runs on two hits and a walk. Rylee Hutchison struck out one in the circle in the inning. In the bottom of the first Kilynn Gaff lead off with a walk before a fly out earned the Lady Tigers their first out of the inning. Kayla Cotton then made it on base after being hit by a pitch. A fly out left Timberlake with two runners on base and two outs. Gaff was able to score on a passed pitch before Cotton was thrown out at home attempting to score on a passed pitch for the third out of the inning. Through one inning of play Timberlake trailed 1-2. Top of the second saw PC-H record just one base runner via a walk. Hutchison struck out two in the circle. Bottom of the second saw Timberlake take control of the game as the entire lineup came up to the plate once and four players hit twice as the Lady Tigers plated eight runs in the inning. Scoring were McKenna Mack (twice), Natalee Green, Hutchison, Kailynn Mattingly, Gaff, Kinlie Judd and Henslee Powell. Top of the third saw the Lady Panthers plate two runs on two hits and three walks. It was the final runs of the game as Timberlake posted the victory 9-4. 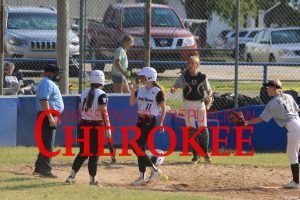 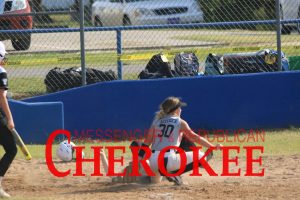 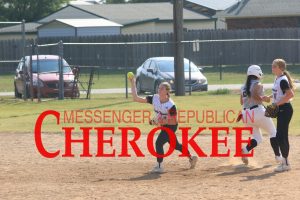 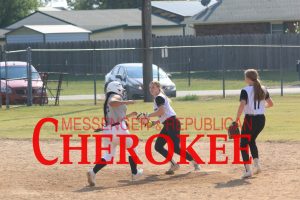