The Cherokee Lady Chiefs began play in the 16th annual Northwest Shootout in Fairview facing a tall task in their opening round contest as they faced off the with the #8 Class B Arnett Lady Wildcats.

Cherokee won the pregame coin flip and won the right to be the home team in the contest.

Top of the first inning saw Arnett plate three runs on four hits. Bottom of the first saw Cherokee go three up and three down as Arnett lead 0-3 after one inning. Top of the second saw the Lady Wildcats extend their lead with two runs on three hits. Bottom of the second the Lady Chiefs went three up and three down and the game moved to the top of the third with Arnett out front 0-5.

Top of the third saw the Lady Chiefs rise to the occasion as they forced the Lady Wildcats to go three up and three down with a pop out to Mae Nevels at third, a fly out to Harmony Cortright between first and second base and a pop out to Chesney Berry. Kinsy Roberts led off the bottom of the third for the Lady Chiefs with a walk. After a single by #21, Gabriella Herrera delivered a RBI double to drive in Roberts though #21 was out at home trying to score on the same play. Back-to-back outs ended the bottom of the third with Cherokee cutting into the lead at 1-5. However; Arnett went on to plate 11 runs over the fourth and fifth inning while holding Cherokee scoreless to earn the 1-16 victory. 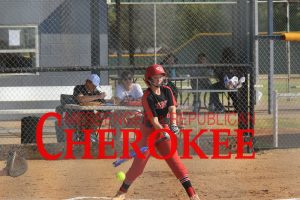 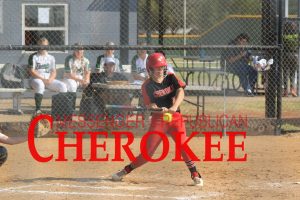 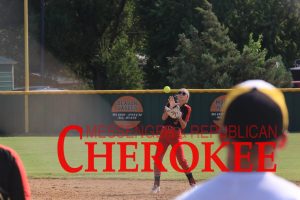 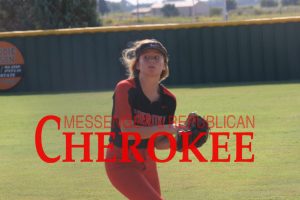