The Timberlake Tiger football team advanced to 6-0 on the season and 3-0 in district play after defeating DCLA 64-0 on homecoming night.

Timberlake received the ball to start the game and it was downed at the 33-yard-line where the Tigers began their drive.

Two run plays by Carter Sands and JJ Pippin set up a third and 2 from the Tigers’ 41-yard line when Ethan Jenlink found Merric Judd for the touchdown pass for 59 yards. Pippin added the two-point conversion and with 11:05 left in the quarter, the Tigers led 8-0.

On the ensuing kickoff, the ball went out of bounds, giving the Eagles the ball on their 35-yard-line.

DCLA put together a drive that was aided after a 15-yard defensive penalty on Timberlake, but the Tiger defense forced them into a fourth and five on Timberlake’s 25 yard-line when they snuffed out a run for a loss of six yards giving the ball back to Timberlake.

Three plays later the Tigers were in the endzone following a 39-yard pass and catch from Jenlink to Dylan Schlup and a 7 yard run by Sands. The touchdown came on a 23-yard run by Pippin. He also added the two-point conversion to give Timberlake the 16-0 lead with 8:26 left.

Again on the ensuing kickoff, the ball went out of bounds and the Eagles began on their own 35-yard line. A big run by the Eagles put them on the Timberlake side of the field, but a short run, two false starts, negative yard run and an incomplete pass forced them to punt.

Judd scored his second touchdown of the game after returning the punt 73 yards. Jenlink rewarded Judd on the two-point conversion and with 5:45 left in the quarter, the Tigers led 24-0.

DCLA’s next drive netted negative six yards of offense and on the punt it went from their 19-yard line to their 27-yard line giving Timberlake great field position.

Four plays later Jenlink found Pippin for the 14-yard touchdown pass and catch. Jenlink and Schlup teamed up for the two-point conversion to increase the lead to 32-0 with 2:43 left in the first quarter. The drive was helped by runs from Sands, Jenlink and a pass from Jenlink to Pippin.

Again on the Eagles’ drive they were forced to punt and Judd returned his second punt for a touchdown, this time from 59 yards out. Sands added the two-point conversion and with 33 seconds left in the first quarter, the lead was pushed to 40-0.

During DCLA’s next drive the quarter came to a close.

Three plays later into the second quarter the Eagles attempted the fourth down pass but it was incomplete, giving the ball to Timberlake on DCLA’s 26-yard line.

All it took was one play for Pippin to find the endzone. Cameron Brewer added the two-point conversion and with 10:56 left in the second they led 48-0.

The Tiger defense held again after a three and out and on the punt return the ball was fumbled, giving it back to DCLA.

However, four plays later, the Eagles were sacked on fourth down on their own 23-yard line, giving it right back to Timberlake.

Jadon Adkisson needed only one play to break free for the touchdown run and he also added the two-point conversion to push the lead to 56-0 with 6:15 left in the second.

DCLA went three and out on their next drive, punting the ball to the Tigers.

Following a run by Brayden Ross for 5 yards, Dalton Leierer ran in the 28-yard touchdown. Ross added the two-point conversion to give the Tigers their final touchdown of the game with 3:47 left in the quarter.

DCLA was forced to punt and then the Tigers kneeled the ball to end the game, with Timberlake winning 64-0.

• Pippin: three carries for 56 yards and two touchdowns and two catches for 20 yards and one touchdown.

• Leierer: one carry for 28 yards and one touchdown.

• Adkisson: one carry for 23 yards and one touchdown.

• Sands: two carries for 8 yards and one catch for 3 yards.

• Judd: two catches for 59 yards and one touchdown and two punt returns for 132 yards and two touchdowns.

For the third straight game, the Tigers held their opponents scoreless.

The Tigers will travel to take on Medford at 7 p.m., Oct. 15 for their next district game before returning home for the final home game on Oct. 23 against Wesleyan Christian. 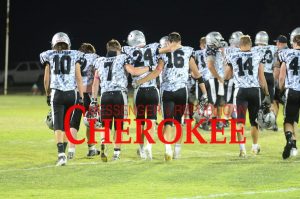 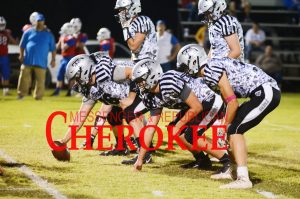 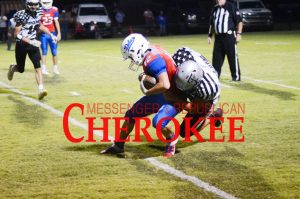 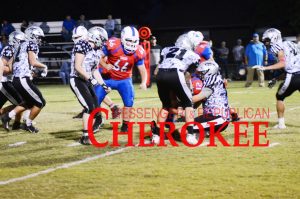 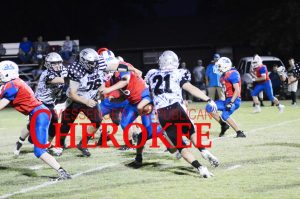 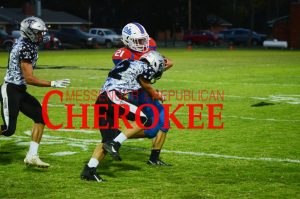 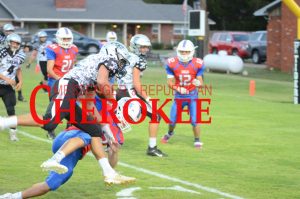 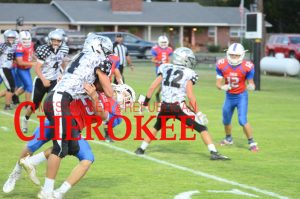 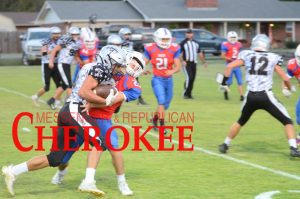 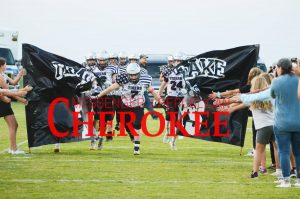 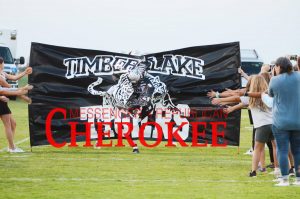 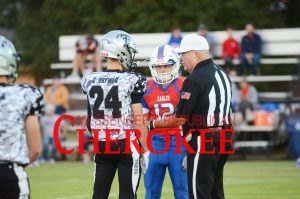 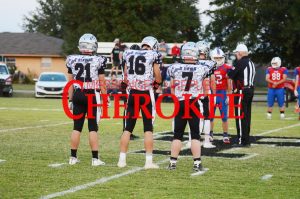