After missing the playoffs in 2018, the Timberlake Tigers have recorded back-to-back trips to the state semi-finals in Class C.

In the third round of the playoffs, Timberlake hosted the Waynoka Railroaders and defeated them 50-30.

The Railroaders won the opening coin toss and deferred to the second half and that gave Timberlake the ball to start the game.

Following the kick-off the Tigers started on their own 42-yard line. JJ Pippin broke free for a 15 yard gain to start the drive, but an offensive block in the back pushed it back 10 yards. Pippin followed it with a 4 yard run and then an incomplete pass saw the Tigers in a third down and 9. Ethan Jenlink found a lane and ran for 12 yards to pick up the first down. Pippin did the rest of the work on a 42-yard run and then a 2-yard touchdown run with 10:53 left in the first. Jenlink added the two-point conversion to put the Tigers up 8-0.

Waynoka began their drive on their 40-yard line following the kick-off return. For the first seven plays in the drive, the Railroaders ran the ball and then on the eighth play they threw a touchdown pass for 10 yards. They also ran in the two-point conversion to tie the game with 6:39 left in the first.

An interception on the first play following the ensuing kick-off gave the ball back to Waynoka with 6:33 in the quarter.

The Tigers needed a defensive stand to keep the game tied and that is what they got. They forced Waynoka to remain behind the first down marker on their first three run plays. On fourth down from Waynoka’s 44-yard line, the Railroaders went for it and were stopped short of the 1 yard needed for the first down and gave the ball back to Timberlake.

The Tigers began the drive moving backwards following a holding penalty and false start. Carter Sands picked up seven on the ground, but a sack made the Tigers lose significant yardage all the way back to their 43-yard line. Jenlink and Pippin connected to gain 17 of the 22 needed yards on the third down play. The two connected again on fourth down for 10 yards to pick up the first down.

Timberlake started the next first down behind the sticks after a run lost them 5 yards and then an incomplete pass set them up for third and 15 on the Waynoka 35-yard line. Pippin added 2 yards to put the Tigers back in fourth down. An incomplete pass from Jenlink to Judd saw the possibility that the drive was over, but a defensive pass interference gave the Tigers 15 yards and the first down all the way to the Waynoka 18-yard line. Pippin added 9 yards on the next three play plus the face mask penalty set up Jenlink for the 1-yard touchdown run. Pippin added the two-point conversion and the tie was broken with Timberlake leading 16-8 with 1:01 left in the first quarter.

Following the kick-off, Waynoka picked up 51 yards to set them up at the Tigers’ 4-yard line when the first quarter came to a close.

The first play of the second quarter was a loss of four for Waynoka and the second play was an 8-yard touchdown pass. The two-point conversion run was no good and Timberlake’s lead was cut to two.

Timberlake started their next drive on their 49-yard line. The ball was moved around on the ground with runs by Pippin, Sands, Judd and Jenlink before Pippin scored on the 4-yard run. The two-point conversion attempt was no good and the lead was pushed to 22-14.

The Tiger defense held the Railroaders to a three and out and forced a punt to get the ball back with 6:05 left in the second quarter.

Pippin started the drive on the ground and then Jenlink connected with Judd for a 46-yard gain down to the Waynoka 26-yard line. Pippin added 2 yards before Jenlink found Dalton Leierer for the 24-yard touchdown pass and catch. Jenlink and Judd worked together through the air for the two-point conversion and the lead was pushed to 30-14.

The ensuing kick went out of bounds and was placed on the Waynoka 35-yard line. A run on first down gained 1 yard and then a sack lost 9-yards. On third down and an incomplete pass forced a punt with 2:27 left in the second quarter.

Runs by Sands and Pippin from the 50-yard line down to the Railroaders’ 37-yard line set up a touchdown pass from Jenlink to Judd. The pass attempt on the two-point conversion was no good and with 1:10 left in the second quarter the lead was 36-14 in favor of the Tigers.

During Waynoka’s drive, the second quarter came to a close with Timberlake leading 36-14 at half.

The second half began with Waynoka running the ball for 8-yards following the kick-off. On second down they gained 1 yard and no yards on third down, which set up a fourth and 1 on Timberlake’s 43-yard line. A defensive stand by the Tigers forced the Railroaders to lose 1 yard and give the ball back to Timberlake.

The Tigers’ drive began through the air with a pass from Jenlink to Dylan Schlup for 3 yards. Sands picked up 10 to get the first down and then an offensive start penalty pushed them back 5 yards. Judd and Jenlink ran the ball on the next two plays before a pass set them up for a fourth and 1 on the Waynoka 34-yard line. Jenlink needed 1 and gained 1 to pick up the first down. Pippin had the next four carries that moved the ball 21 yards and ended with the 2-yard touchdown run. The two-point pass was complete to give the Tigers the 44-14 lead with 6:20 left in the third.

Waynoka put together a drive that stretched 59 yards and ended with a 4-yard touchdown run. The two-point run attempt was successful and the lead was 44-22.

Timberlake started their drive with 2:18 and used all but 9 seconds when they were unable to pick up a first down on fourth and 15 from Waynoka’s 18-yard line.

The Railroaders had time to run two plays before the third quarter came to a close with Timberlake leading 44-22.

Waynoka ran 12 plays to start the fourth quarter and on the 12th play they scored on a 9-yard touchdown pass. The pass attempt on the two-point conversion was good and the lead was cut to 44-30 with 7:34 left in the fourth.

A crucial onside kick attempt was recovered by the Tigers to set them up on their 44-yard line with 7:34. A holding call on first down pushed Timberlake back, but a pass from Jenlink to Judd gained 15 of the 20 yards needed for the first down. A false start penalty again pushed them back 5 yards, but Pippin sealed the game with a 56-yard touchdown run. The two-point pass attempt was no good and the lead was increased to 50-30.

Neither team scored again and Timberlake had the final 4:19 and ran the clock out to advance to the state semi-finals.

• Jenlink: 9-15 for 171 yards, two touchdowns and one interception and seven carries for 13 yards and one touchdown.

• Pippin: 29 carries for 253 yards and four touchdowns and two catches for 27 yards.

• Judd: three carries for 14 yards and five catches for 117 yards and one touchdown.

• Leierer: one catch for 24 yards and one touchdown.

The Timberlake defensive stats are as follows:

• Jadon Adkisson: two unassisted, one assisted and one pass broken up.

• Schlup: two unassisted, four assisted and one tackle for loss.

• Sands: three unassisted, nine assisted and one tackle for loss.

• Colten Lormand: one unassisted and one assisted.

• Cade Severin: two unassisted, eight assisted, one tackle for loss and one sack.

The Tigers will travel to Buffalo to take on the Bison in the semi-final game at 7 p.m., Friday, Dec. 4.

Buffalo enters the game with a 11-1 record. They defeated Ryan 46-0 in the first round of playoffs, Boise City 38-6 in the second round and Sasakwa 60-14 in the quarter finals.

Timberlake enters the game undefeated with a record of 11-0. 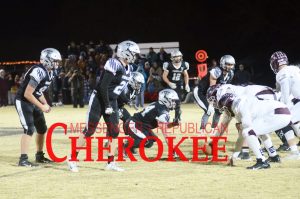 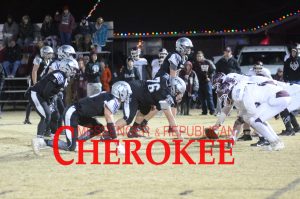 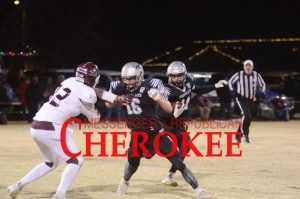 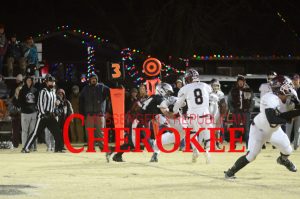 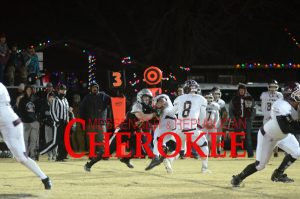 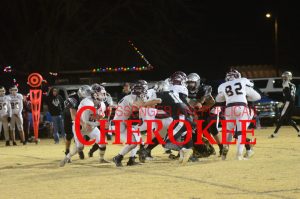 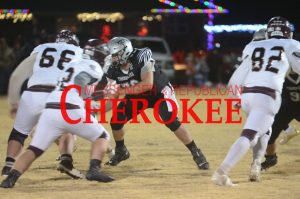 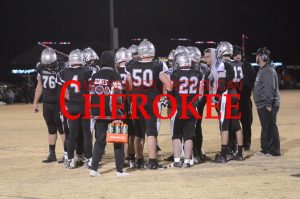 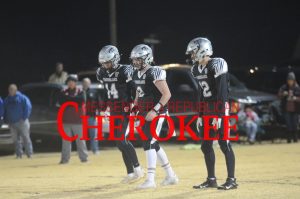 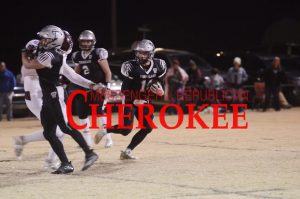 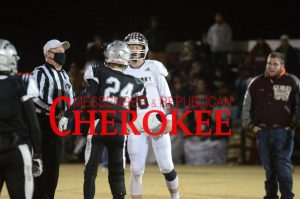 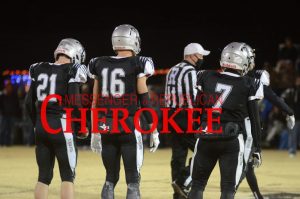