The Timberlake Tiger football team, under the direction of Brian Severin, returns to the state championship game for the first time since 2009 to take on the Tyrone Bobcats.

Timberlake advanced through the playoffs with a bye the first week, cancellation by Oaks Mission during the second due to Covid, defeated Waynoka in the quarterfinals and Buffalo in the semi-finals.

The game against Buffalo was pushed back one day due to heavy snowfall in Buffalo. The game kicked off at 4 p.m., Saturday, Sept. 5.

The Tigers received the kick-off to began the game. Following the kick-off and return by Merric Judd, the drive began on the Timberlake’s 33-yard line. Runs by Carter Sands and JJ Pippin set the Tigers up for fourth and 2 on their own 41-yard line and a run by Ethan Jenlink picked up the necessary yardage to get the first down. The next three plays were through the air and two incompletions and a loss of 6 yards set them up for fourth and 16 and the Tigers had to punt the ball.

The punt was downed on Timberlake’s 43-yard line and Buffalo set up for their drive. A defensive offsides gave the Bison free yardage. Buffalo ran seven run plays and one pass play on their way to the endzone. The drive ended on a 1-yard run for the touchdown. The two-point pass conversion was no good and for the first time all season Timberlake failed to score first.

The ensuing kick-off was returned to the 50-yard line where Timberlake set up shop. The first play of the drive was a pass play from Jenlink to Judd for 8 yards and then a sack forced them back 10 yards. On third down, Jenlink found Pippin open for the 52-yard touchdown pass and catch. The two-point conversion pass was no good and the game was tied 6-6 with 4:24 left in the quarter.

The Tiger defense began to buckle down and allowed only 8 yards of offense and forced a false start penalty. The Bison punted the ball back to Timberlake.

The Tigers began their drive on their own 49-yard line. A pass to Pippin opened the drive followed by a run by Jenlink, incomplete pass, another run by Jenlink, then Pippin ran twice, which set up Jenlink and Judd for the 16-yard pass and catch. The two worked together again for the two-point conversion and Timberlake led for the first time in the game by a score of 14-6 with 8 seconds left in the quarter. Timberlake would never trail again for the entire game.

Buffalo had time to down the kick-off and run one play before the quarter ended.

The first three plays of the second quarter for Buffalo saw them lose 25 yards and give the ball back to Timberlake on the Buffalo 8-yard line.

The score took Pippin just one play on the ground for him to score. The two-point conversion was no good and Timberlake led 20-6 with 11:12 left in the quarter.

The teams traded punts on their next drives and then on Buffalo’s next drive, Judd intercepted the ball, but the Tigers weren’t able to score the touchdown on fourth and 3 from the Bison 3-yard line and the ball went back to Buffalo with 5:14 left in the quarter.

The Bison ran the clock all the way down to 1:12 but were unable to pick up the first down and gave the ball back to Timberlake on the Tigers’ 31-yard line.

A loss of yardage on first down was followed by a 10 yard run by Jenlink. Then with 20 seconds left on the clock. Jenlink found Judd and he did the rest to score the 60-yard touchdown. The Tigers added the two-point conversion on a trick play where Jenlink hit an open center Colten Lormand. The Tigers increased their lead with 9 seconds left in the quarter to 28-6.

Following the kick-off, Buffalo threw an interception, which was picked off by Pippin and the half came to a close.

Buffalo received the ball to start the second half and marched down the field using 12 plays, going 55 yards in five minutes and nine seconds. They scored on a 13-yard touchdown pass. The two-point conversion was no good and Timberlake’s lead was cut to 28-12.

The two teams traded punts and then on Timberlake’s second drive of the quarter, after five plays the third quarter came to a close.

The Tigers marched down the field and got all the way down to the 1-yard line and were stopped short on fourth down.

Buffalo didn’t leave themselves much breathing room on first down by only gaining 1 yard and on second down Dylan Schlup made the tackle in the endzone to give the Tigers two points and the ball back with 8:34 left in the fourth.

Judd returned the ball 48 yards on the kick-off to the Bison 32-yard line, setting up the Tigers with great field position.

Pippin and Judd started the drive with a run each and then Dalton Leierer broke free for a 28-yard touchdown. Jenlink and Judd connected on the two-point conversion to leave the score at 38-12 with 6:39 left in the quarter.

Buffalo’s next drive ended with an interception by Judd.

Timberlake was unable to pick up a first down on their next drive and after being stopped short on fourth down, gave the ball back to Buffalo.

Judd intercepted the ball again against Buffalo and that allowed the Tigers to line up in the victory formation and kneel the ball three times for the clock to run out.

• Leierer: five carries for 44 yards and one touchdown.

• Judd: two carries for 2 yards, five catches for 114 yards and two touchdown, one punt return for 31 yards and two kick returns for 59 yards.

• Schlup: one catch for 3 yards and one kick return for 2 yards.

Buffalo ran 62 plays for 157 yards. They rushed 35 times for 50 yards and were 8-27 passing for 107 yards with one touchdown and five interceptions.

The defensive stats for Timberlake are as follows:

• Leierer: nine unassisted, three assisted and one tackle for a loss.

• Jadon Adkisson: two assisted and one pass broken up.

• Pippin: four unassisted, three assisted, one pass broken up and one interception.

• Cameron Brewer: one unassisted and one pass broken up.

• Sands: three unassisted, four assisted, one tackle for a loss and one sack.

The Tigers advance to play the Tyrone Bobcats for the Class C State Championship at 2 p.m., Saturday, Dec. 12 at Northwestern Oklahoma State University in Alva.

Tyrone enters the game with a record of 10-2 with loses to Balko/Forgan and Buffalo. They defeated Temple 47-0 in the first round of playoffs, Fox 61-6 in the second, Midway 78-68 in the quarterfinals and Mountain View-Gotebo 60-32 in the semi-finals.

The home team for the Class C Championship games between Timberlake and Tyrone will be Timberlake.

Due to current social distancing guidelines and in the interest of the health and safety for all involved, NO FANS will be permitted to enter the playing field area at the CONCLUSION of the post-game trophy presentation due to COVID restrictions. No fans will have field access.

Signs and banners with non-antagonistic language may be displayed on your side of the field. A run-through sign is permitted for team entry. Inflatable entries are NOT permitted. Spirit lines for team entry to the field are limited to spirit team members (cheerleaders). Noisemakers are permitted at all OSSAA outside events unless the lead officials deem the noise to conflict with play on the field.

Per the Governor’s executive order on November 16, facial coverings of masks over the mouth and nose are required to be worn at all times at Northwestern Oklahoma State University and other State properties. The executive order excludes children 10 and younger.

All in attendance will be required to wear facial coverings or masks. 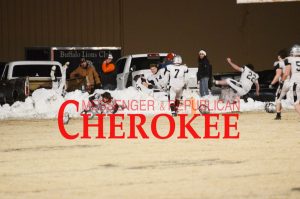 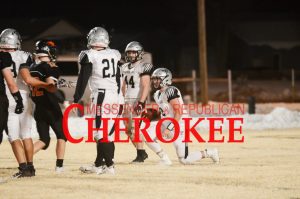 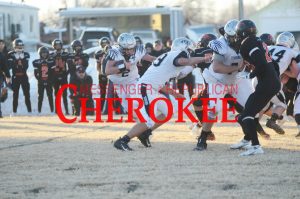 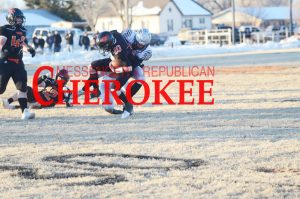 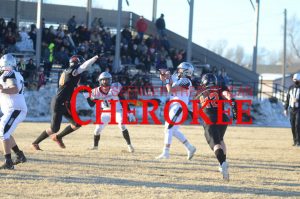 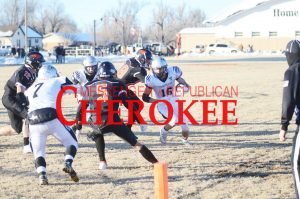 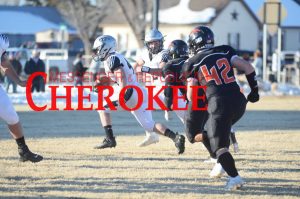 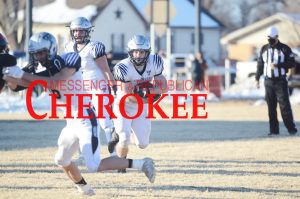 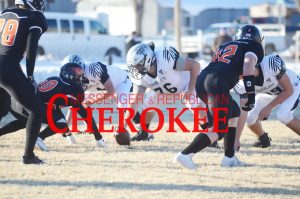 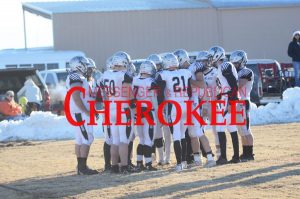 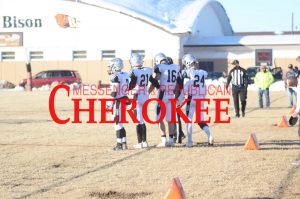