The Timberlake Tigers fell in the state championship game to Tyrone, but didn’t come home empty headed as they have a silver ball to add to their trophy case.

The Timberlake Tigers started with the ball and after a three and out they were forced to punt the ball to the Tyrone Bobcats.

The Bobcats were able to move the ball from their 11-yard line all the way to the other endzone and scored on a 13-yard touchdown pass. The two-point conversion was good and Timberlake trailed 8-0 with 6:12 left in the first. The drive took four minutes and 17 seconds and consisted of nine plays.

Timberlake needed an answer and after 13 plays they accomplished that with a 7-yard touchdown pass from Ethan Jenlink to Merric Judd. The Tigers added the two-point conversion on a Jenlink run to tie the game with 2:48 left in the quarter. The drive lasted three minutes and 24 seconds.

Tyrone’s next drive was a short one with them scoring on the first play on a 73-yard touchdown pass. The two-point was good and their lead was 16-8.

The Tigers took a big step downfield when Jenlink and Judd connected for 30 yards and moved the ball down to Tyrone’s 37-yard line. Three plays later, the Tigers scored when Jenlink found Dylan Schlup for the 34-yard touchdown pass. The two-point conversion was no good and the Tigers trailed 14-16 with 53 seconds left in the quarter.

The first quarter came to a close during Tyrone’s next drive.

The Bobcats scored the only two touchdowns of the quarter with a 9-yard pass and a 75-yard run. The two-point conversions were no good on both scores.

The Tigers trailed 28-14 going into the third quarter.

Timberlake’s defense made a stand to start the third quarter and then with 6:43 left in the third they cut the lead to eight points on a 6-yard touchdown run by Dalton Leierer. The two-point conversion was no good.

The Bobcats answered back with a 35-yard touchdown run. The two-point conversion was no good.

Tyrone scored once more in the second half to seal the victory with a 9-yard touchdown pass.

The Tigers fell 41-20 in the championship round.

The offensive stats for Timberlake are as follows:

• Leierer: one carry for 6 yards and one touchdown.

• JJ Pippin: one catch for 8 yards and one kick return for 11 yards.

The Tigers finished the season with a 12-1 record and will lose Brewer, Leierer, Schlup and Cade Redding to graduation.

Timberlake Head Football Coach Brian Severin said, “Very proud of the effort all season long, it didn’t end like we wanted it to, but still the determination to get there was outstanding. Really proud of the 4 seniors for their leadership and commitment that they made for the season. I would like to thank the community for all that they do for the team throughout the season, we have the best fans at Timberlake and it shows every season. Also would like to recognize the best assistant coaches, Josh Worman, Garet Powell, Chance Grider, and Sage Powers, I really appreciate all that they do for the team. Just really proud of the whole team for all their hard work, discipline, determination, and endurance that they put into the long season. I’m also really looking forward to next year, for once again the expectations are going to be sky high, but we will be ready to go.” 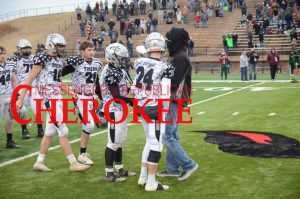 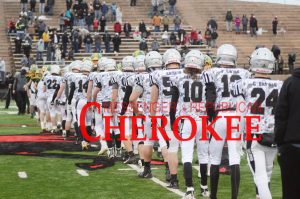 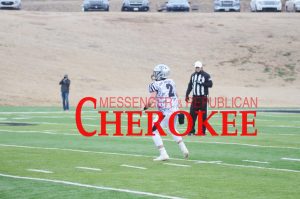 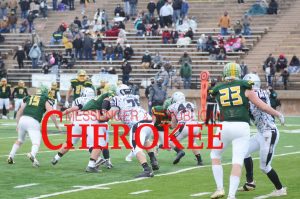 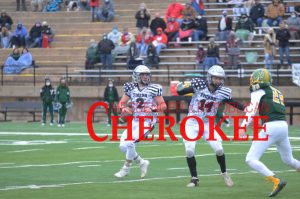 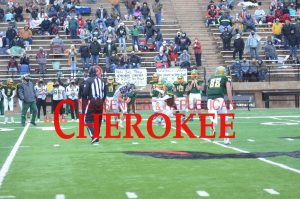 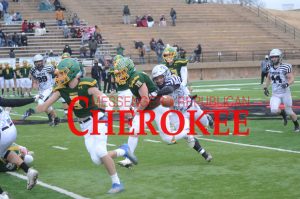 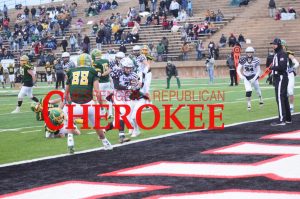 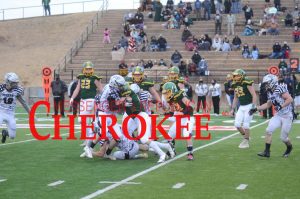 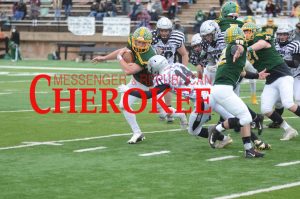 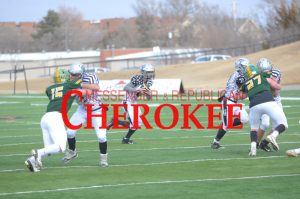