The Oklahoma Secondary Schools Activities Association Class A and B playoffs claimed the final four Alfalfa County teams in the regional playoffs.

The Cherokee Lady Chiefs fell to Laverne in the district championship and then advanced to play Canton at Seiling on Saturday in the consolation side of the regional tournament.

The Lady Chiefs remained in the playoffs with a 39-31 win over Canton.

The Lady Chiefs jumped to a 13-5 lead after the first quarter, but a low scoring second quarter saw the lead pushed to 15-5. In the third quarter Cherokee outscored Canton 30-15. The Lady Tigers made a run in the fourth quarter to cut the lead to eight but weren’t able to catch up enough for the win and the Lady Chiefs advanced to play on Monday of regionals.

In game two of regionals, the Lady Chiefs faced off against Shattuck.

The Lady Chiefs fell 46-42 to see their season come to an end.

Cherokee led 13-12 at the end of the first quarter, then Shattuck jumped out to a 25-22 lead at halftime. The Lady Chiefs tied the ball game going into the fourth quarter, where Shattuck outscored the Lady Chiefs 16-12 to secure the victory.

The Timberlake Lady Tigers, Tigers and Burlington Elks all advanced to play in the Leedey regional.

The Timberlake Lady Tigers faced Hardesty in the first round of regionals on the consolation bracket side. Timberlake won the contest in a late back and forth effort.

Timberlake jumped out to a 17-7 lead at the end of the first quarter, but Hardesty fought back and the score was 22-20 in favor of the Lady Tigers at halftime.

A low scoring third quarter saw the lead pushed to 25-23 going into the final quarter where both teams scored 10 points to give Timberlake the two-point victory.

Leading the Lady Tigers were Kinlie Judd and Samantha Phillips who both had 9 points. Also scoring were Aowyn Seek, 8; Amaya Ullrich, 5; and Kilynn Gaff, 4.

On day two of regionals, the Lady Tigers faced off against Balko and lost 53-31.

Timberlake jumped out to a 13-4 lead at the end of the first quarter, but Balko fought back and the Lady Tiger lead was 16-11 going into halftime. A big third quarter for Balko saw them take the lead at 39-21. Balko outscored Timberlake 19-10 in the fourth quarter.

The seniors on the Lady Tigers team are Ullrich and Phillips.

The Timberlake Tigers advanced in the winners bracket after defeating Burlington to win districts.

In game one of regionals, the Tigers faced Leedey. The Tigers fell 48-34.

No scores were available from this game.

The Tigers advanced to play Balko on day two of regionals.

The Tigers saw their season come to a close after losing 66-45.

Timberlake trailed 12-14 at the end of the first quarter and 22-27 at half. Balko increased their lead to 49-36 in the third and outscored the Tigers 17-9 in the fourth quarter.

The seniors on the Tigers’ team are Cade Redding, Dylan Schlup and Cameron Brewer.

The Burlington Elks were the final Alfalfa County team to play in regionals.

They defeated Sharon-Mutual 56-47 to stay alive in the playoffs.

Burlington led 11-9 at the end of one and 25-18 at haltime. Burlington increased the lead to 44-30 going into the final quarter where the Trojans outscored the Elks 17-12.

Leading the Elks were Preston Paschall and Ky Smith, who both had 16 points. Also scoring were Jared Peffly, 12; Paden Allen, 6; Derek Whittet, 5; and Kade Wright, 2.

The Elks advanced to play Goodwell on day two of regionals.

Goodwell came away with the 73-43 victory.

Goodwell jumped out big in the first quarter, leading 17-4 at the end. The lead increased to 44-12 at half. The Elks outscored Goodwell 15-14 in the third quarter, then Goodwell outscored Burlington 25-16 in the fourth.

The seniors on the Elks squad are Paschall, Wright, Whittet, Allen and Caleb Cox. 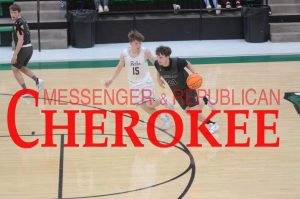 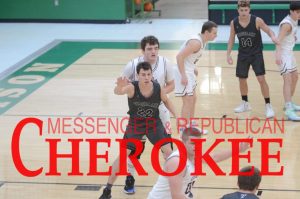 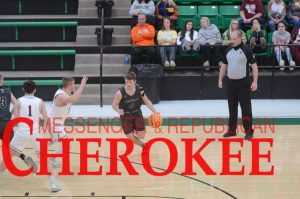 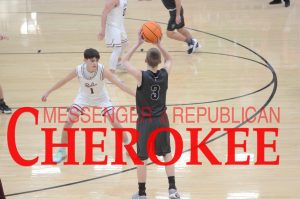 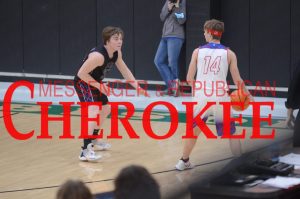 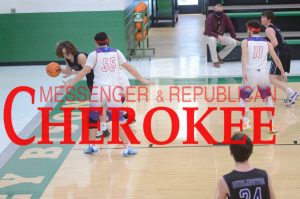 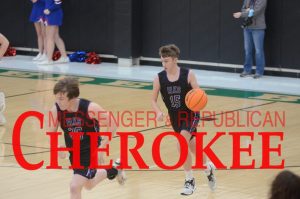 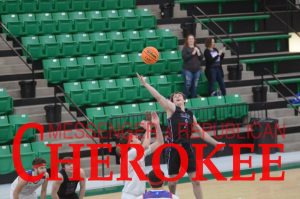 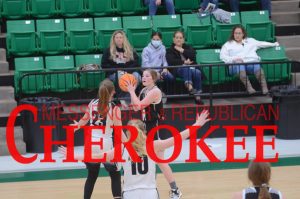 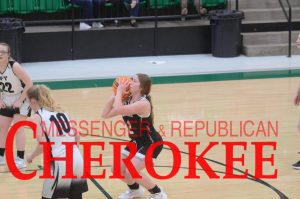 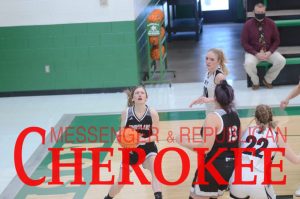 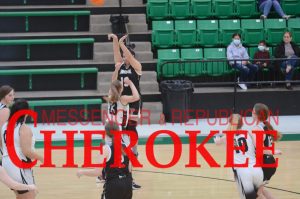