After a 12-0 victory over Buffalo on March 8, Coach Amanda Stinnett’s hoped to use the momentum to propel the Lady Chiefs into the opening round of the Ringwood Spring Swing March 11.

In the first game of the tournament, the Lady Chiefs were facing off with Class 3A Crescent.

Cherokee had the opportunity to swing the bats first in the contest and Laynie Golden delivered a single to get the offense going.

Back-to-back outs saw Golden still alone on the base path until Riley Hensley singled to give the Lady Chiefs two runners on base with two outs.

Unfortunately, a strikeout saw the top of the first close with Golden and Hensley left stranded.

Golden made an ESPN-worthy diving catch to record an out on the leadoff hitter for the Lady Tigers. Crescent did manage two singles in the inning but a pair of flyouts sent the game to the second inning scoreless.

A single from Kynlee Kolb sparked off the top of the second before Madysen Ryel followed right along with a single of her own.

After a strikeout, Bridget Wilhite drew a walk to load the bases with Lady Chiefs having only one out.

Sophie Cantellay then got a pitch she liked and turned it into a RBI single to drive in Kolb and the bases remained loaded with one out.

Harley Smart followed suit with a RBI single to drive in Ryel, and Cherokee went up 2-0.

Golden kept the Lady Chief momentum rolling as she delivered a nearly 2-RBI single. Wilhite scored on Golden’s hit but Cantellay was thrown out at the plate attempting to score.

Cherokee was left with two runners on base with two outs after the play.

Lexi Williams then cleared Smart and Golden from the bases as she blasted a 2-RBI triple.

A flyout one hitter later saw the game move to the bottom of the second inning as the Lady Chiefs built a 5-0 advantage.

In the bottom of the second the Lady Tigers began to make an effort to get back some of the runs they gave up to the Lady Chiefs. Crescent plated three runs on three hits and a walk.

Heading into the top of the third, Cherokee was ahead 5-3.

Hensley opened action in the top of the third with a triple and was driven in one at bat later when Sarita Kephart connected for a single.

Back-to-back singles by Kolb and Ryel saw the bases become loaded with no outs. Unfortunately, three consecutive outs saw the bases left loaded as the game moved to the bottom of the third with Cherokee padding their lead at 6-3.

Crescent could only muster a single and a walk as they went scoreless in the third and the game moved to the fourth inning with Cherokee on top 6-3.

After a flyout to open the fourth inning, Golden got on base after safely beating a throw to first base on a hit. Williams then connected for a single but Golden was out at second on a force on the play. A strikeout one at bat later sent the game into the bottom of the fourth, with Cherokee on top 6-3.

In the bottom of the fourth, the Lady Tigers took their first lead of the contest as they plated six runs on nine hits to take a 6-9 lead.

Top of the fifth opened in grand fashion for the Lady Chiefs. Hensley found a pitch she liked and turned it into an inside-the-park homerun.

After back-to-back groundouts Ryel then delivered the second inside-the-park homerun of the fifth inning for the Lady Chiefs and the deficit was cut to one run at 8-9.

The two-out rally continued with a double by Harmony Cortright and a single by Wilhite. Unfortunately, a groundout ended the top of the fifth with Cortright and Wilhite left stranded.

In the bottom of the fifth Crescent plated four runs on four hits and the Lady Tigers earned the victory 8-13 as the game reached the time limit.

In their second game of the day, the Lady Chiefs fell to Okeene/Aline-Cleo 5-18 before closing the day with a 7-0 shutout of Cimarron.

Due to weather conditions, the tournament’s final day of action Feb. 13 was canceled. 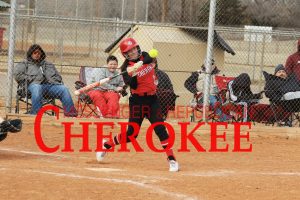 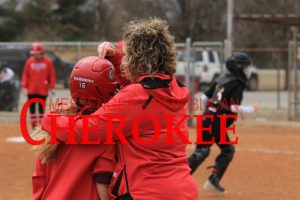 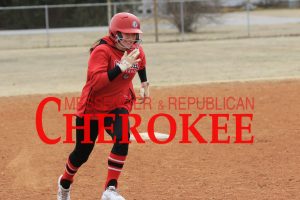 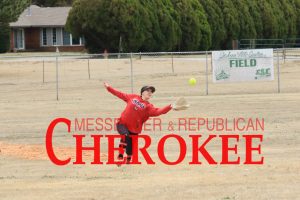