The Timberlake Tigers faced off with the Oklahoma Christian Academy Eagles in their opening round game of the Pioneer Baseball Festival March 19 in Drummond.

Even before the first pitch was thrown, the Tigers has good fortune shine upon them as they won the coin toss and were able to be the home team in the contest.

Senior Cameron Brewer was working from the mound to open the contest and he quickly received backup from his teammates. The first hitter of the contest stepped to the plate and crushed a pitch into left field.

Timberlake left fielder Jadon Adkisson made a brilliant heads up play and tracked down the ball, throwing a strike to third base to gun down the runner trying to stretch the hit into a triple.

The next batter up connected for a double and while he was trying to make it home on a passed pitch, another brilliant defensive play saw the runner tagged out at the plate for the second out of the inning. Both of the outs came as the result of great defensive execution by the Tigers.

After giving up a walk, Brewer dug deep and notched his first strikeout of the contest to end the top of the first scoreless.

A strikeout awaited the first Timberlake hitter until Jacob Diller and Brewer drew back-to-back walks for the Tigers. However, back-to-back strikeouts brought an end to the first inning with the game still scoreless.

Unfortunately for the Tigers, OCA had an equally good defense, which saw Timberlake go three up and three down in their portion of the second and the game went to the third inning scoreless.

The Eagles finally broke onto the scoreboard in the top of the third as they plated two runs on one hit and two walks. Brewer did notch a pair of strikeouts in the inning.

In the bottom of the third, the Tigers found their groove offensively as well. Greyson Ioeger got the ball rolling after getting hit by a pitch. Mason Parkhurst checked into the game to run in place of Ioeger.

Merric Judd then drew a walk before Jacob Diller was hit by a pitch to load the bases full of Tigers with no outs recorded.

The first out occurred one at bat later by way of a strikeout before Ethan Jenlink belted a pitch to the outfield for a 2-RBI double to drive in Parkhurst and Judd.

Back-to-back strikeouts brought the curtain down on the third inning but not before Timberlake tied the contest at 2-2.

Top of the fourth saw the Eagles blow the game wide open as they plated six runs on five hits and two walks and the game went to the bottom of the fourth with Timberlake trailing 2-8.

OCA brought in a new pitcher to open the fourth and the Tigers had a hard time getting their timing adjusted. Timberlake went three up and three down with all three hitters going down on strikeouts.

The Eagles plated an additional run in the top of the fifth after two hits. The game went to the bottom of the fifth with Timberlake trailing 2-9.

Bottom of the fifth saw the Tigers go three up and three down to give OCA the 2-9 run-rule victory.

Brewer was credited six strikeouts through his  3 1/3 innings pitched. In relief, Jenlink notched one strikeout on the mound.

In the second game of the festival, the Tigers were facing off with Thomas-Fay-Custer. Timberlake was on the offensive first and plated the first run of the contest after Judd drew a walk and turned an error by the third baseman into a score. In the bottom of the first, the Terriers plated three runs to go up 1-3 going into the second inning. After going scoreless in the top of the second, TFC plated five runs in their portion of the second to build a 1-8 lead as the game headed to the top of the third. Top of the third saw Adkisson score on a hit by Jenlink. Adkisson had checked into the game running for Jacob Diller, who made it on base after being hit by a pitch. In the bottom of the third the Terriers plated four runs as they earned the 2-12 run-rule victory. 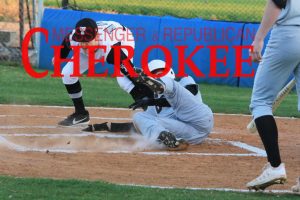 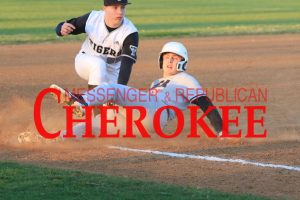