The Timberlake powerlifting team began their season on February 17.

It was the Oklahoma Eightman Football State meet held in Snyder Oklahoma. The team took three lifters there Jamathan Pippin, Carter Sands and Connor Griffin. Pippen competed in the 168 pound weight class and placed first with a squat of 370, a bench of 255, and a deadlift of 460. His winning total combined for 1085 pounds.

Sands placed second in the 181 pound class but tied for first with a squat of 405, a bench of 270, and a deadlift of 515. His overall total combined for 1190 but due to his body weight being .2 pounds heavier than the other competitor, he was placed second.

The team then competed in the OFBCA Northwest Regional on March 5 held in Woodward. The team competed against classes C-2A and took four lifters:   Pippin, Sands, Dylan Schlup, and Griffin.

With a top five placing, Sands, Pippin and Schlup qualified for state.

The OFBCA State powerlifting meet on March 14 was held in El Reno. Timberlake had two lifters compete, Pippin and Sands. 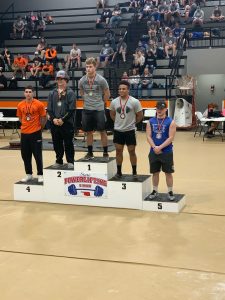 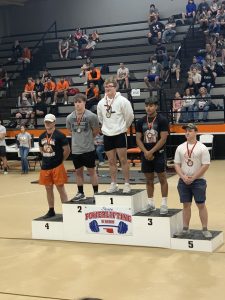 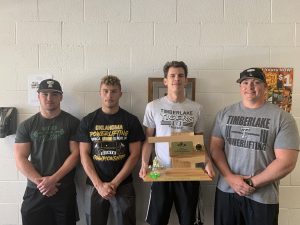 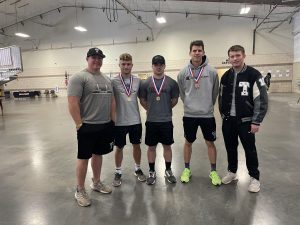