The Timberlake Tiger football team kicked their season off with a road trip to Covington-Douglas to take on the Wildcats.

A year ago these two teams faced off with the game coming down to the wire with the Tigers winning on an incomplete pass by the Wildcats late in the game.

This year’s matchup was different with Timberlake cruising to the 46-18 victory.

The Tigers were on defense first to start the game and forced a three and out by forcing the Wildcats to lose six yards on the drive and punt it away.

Following the punt, Timberlake set up on the Covington-Douglas 34-yard line. A run by Carter Sands netted no yards and then Ethan Jenlink ran for 8 yards, setting up a 26-yard touchdown for JJ Pippin on the next play. Pippin added the two-point conversion and with 9:33 in the first Timberlake led 8-0.

The Wildcats picked up a first down on their first run of their drive, but then were forced back 3 yards. On second down the yrushed for 7 yards, setting up a third and 6. An incomplete pass on third down plus the penalty for intentional grounding forced a Wildcat punt.

Timberlake set up shop on their 45-yard line, but wouldn’t stay there long when Pippin broke free for a 20-yard rush followed by a  defensive pass interference call that moved the ball to the Wildcat 19-yard line. Jenlink then rushed  for 8 yards, then connected with Merric Judd for the 11-yard touchdown, but an offensive holding moved the ball back to the 26-yard line where on the next play the two connected again to get 21 of the yards back. Jenlink scored the touchdown on the next play from 5 yards out. The two-point conversion pass attempt was no good and Timberlake led 14-0.

Another three and out by the Wildcats led to a punt to the Tigers.

Starting on the 50-yard line, the drive took three plays with Sands getting two touches for 14, Jenlink then found Pippin for a 36-yard touchdown pass and catch. Jenlink added the two-point conversion and Timberlake led 22-0 with 3:32 left in the game.

Covington-Douglas started on their own 20-yard line and broke free for a 55-yard run on first down. They moved the ball all the way to the Timberlake 8-yard line before the Tiger defense held them to a turnover on downs.

Starting the second quarter, Sands, Pippin and Jenlink all had touches on rushes and passes. The drive ended when Jenlink found Judd for a 30-yard touchdown pass. Sands added the two-point conversion to increase their lead to 30-0 with 9:44 in the second.

Covington-Douglas again moved the ball all the way down the field to the Tigers’ 8-yard line before a turnover on downs gave the ball back to Timberlake.

Timberlake’s next drive was filled with penalties that set them back and forced a punt.

The Wildcats utilized on the field position and had a one play drive for 47-yards that was scored on a pass play. The two-point conversion was no good. With 3:30 left in the second quarter, the score was 30-6.

Timberlake answered back with an eight play drive that ended with Jenlink scoring on a 1-yard rush.  Jenlink and Avery Wallace connected on the two-point conversion.

The first half ended on the Wildcats next possession with Timberlake leading 38-6.

Timberlake scored on their opening drive of the second half when Pippin rushed from 1-yard out. Wallace added the two-point conversion.

Covington-Douglas scored twice more in the game. The first came with 4:41 left in the third on a 6-yard pass. The two-point conversion was no good.

The second came with 29 seconds left in the third on a 5-yard touchdown run. The two-point conversion was no good.

The game came to an end with Timberlake winning 46-18.

• Pippin: 15 carries for 173 yards and two touchdowns and three catches for 58 yards and one touchdown.

• Karson Shepard: one carry for 1 yard.

• Judd: four catches for 75 yards and one touchdown.

The Tigers will host their first home game against the Ringwood Red Devils at 7 p.m., Friday, Sept. 3.

The Red Devils will be playing their first game of the season.

A year ago the Tigers defeated the Red Devils 52-6. 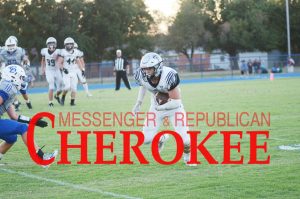 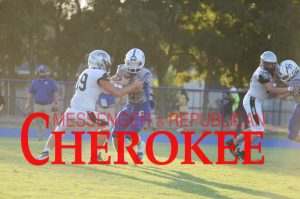 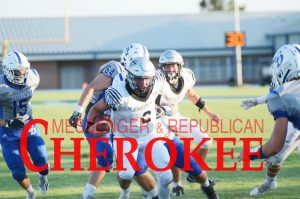 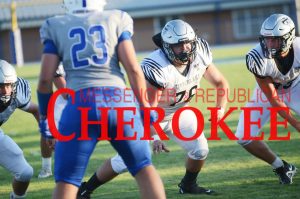 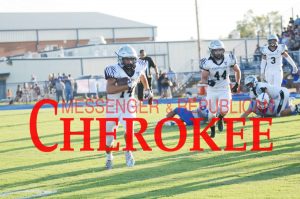 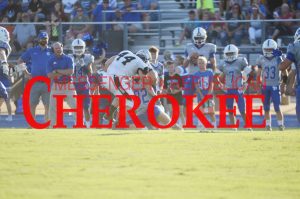 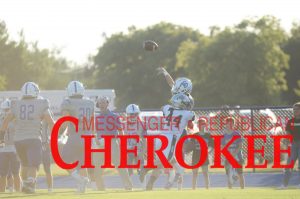 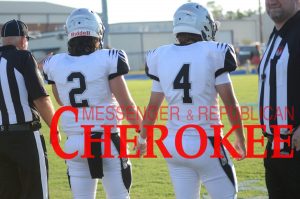 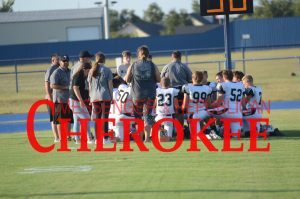 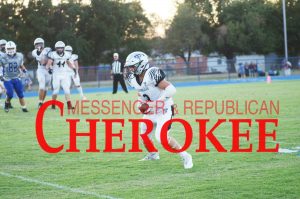 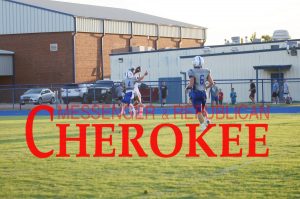